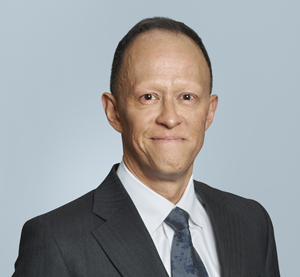 Joe Middleton is a versatile practitioner with crossover expertise in immigration, extradition, comparative and international law and human rights.

Joe works on immigration, asylum and nationality cases and he has been Head of Doughty Street’s Immigration Team since 2016. His other main areas of practice include death penalty litigation and other complex constitutional and human rights cases, together with extradition work and challenges to INTERPOL red notices. In his civil practice, Joe is often instructed with a view to achieving his clients’ objectives by avoiding litigation rather than pursuing it.

Joe has worked with a wide range of clients, from death row prisoners in Africa and the Caribbean to schools and colleges in the UK, Russian oil executives, multinational companies and banks, heads of government, and an adult entertainer associated with President Trump. In many cases he has advised the victims of politically motivated criminal proceedings on international protection options. He also provides immigration and extradition advice to government and state authorities.

Joe has appeared in the UK’s domestic courts at all levels, as well as taking cases in the Privy Council, the European Court of Human Rights, the African Court of People’s and Human Rights, and the UN Human Rights Committee. In collaboration with local counsel, he has also worked on cases in some of the highest national courts in Africa and the Caribbean, including litigation in the Caribbean Court of Justice. At the request of the UK’s Foreign and Commonwealth Office, Joe has acted as pro bono counsel for British citizens sentenced to death in Ghana, Kenya and the Democratic Republic of Congo. He has also appeared on behalf of the Death Penalty Project in constitutional litigation in the Supreme Court of Kenya.

In 2015, Joe was awarded the Sydney Elland Goldsmith Bar Pro Bono Award for his human rights work around the world. He was particularly recognised for his contribution to the abolition of the mandatory death penalty in common law jurisdictions in Africa and his work on human rights in Belize Central Prison.

Joe is the lead author of Sentencing in Capital Cases (2018).

Joe is Head of the Immigration Team and works in all areas of asylum, personal immigration, EU migration and nationality law. He is particularly sought after for complex cases involving refusal and cancellation decisions under the general refusal grounds. He has acted for a wide range of asylum seekers, high net worth individuals and politically exposed persons. He has advised many clients on crossover issues involving immigration, extradition and INTERPOL red notices.

Joe is one of the few members of the Immigration Bar with a significant sponsor licence practice, an issue he has been advising on since the Points Based System was launched in 2008. He has acted for dozens of companies at risk of losing their Tier 2 licences and educational establishments facing revocation of their Tier 4 licences. Much of Joe’s work in this area is directed at ensuring that his clients achieve their objectives without having to resort to litigation. Joe is also a regular speaker at sponsor licence seminars organised by ILPA and others.

Joe acts for defendants in extradition proceedings at all levels. He is also one of the few members of the Bar with a successful track record in challenging INTERPOL red notices.

In his extradition work, Joe has particular experience of dealing with individuals who are dealing simultaneously with asylum claims and extradition proceedings.

In 2020, Joe advised on international law issues arising from the proposed extradition of a Chinese national from Canada to the United States. He also appeared in the Divisional Court and Supreme Court in Elgizouli v SSHD [2020] UKSC 10, a case challenging the UK’s provision of mutual legal assistance to the United States for a capital trial without a death penalty assurance.

In 2019, Joe advised on constitutional challenges to the proposed Hong Kong Extradition Bill, which was subsequently withdrawn by the Hong Kong Government.

Joe has acted in several successful cases resisting extradition to Russia on grounds of political motivation. He was instructed by Liberty in their interventions in USA v McKinnon [2008] 1 WLR 1739 (House of Lords) and Norris v USA [2010] 2 AC 487 (Supreme Court), on the scope of article 8 of the European Convention in extradition proceedings.

Other extradition cases include:

Joe acted for Simon Mann (with local counsel) in his attempts to resist extradition from Zimbabwe to Equatorial Guinea. He has also advised on high profile extradition proceedings from the Bahamas to the United States.

Joe has a track record of successfully challenging INTERPOL red notices arising from abusive criminal proceedings. His cases have included:

Much of Joe’s work, both domestic and international, has a public law or constitutional dimension. This includes judicial review of immigration decisions with no right of appeal and challenges by sponsors to the revocation of their sponsor licences. In Elgizouli v SSHD [2020] 2 WLR 857, he acted in a successful appeal to the Supreme Court challenging the Government’s decision to send evidence to the United States for use in prosecuting the so-called “Beatles” ISIS fighters, without obtaining the usual assurance that if convicted, the defendants would not be executed.

Joe is also instructed to advise on public law issues in common law jurisdictions in Africa, Asia and the Caribbean. This work covers a range of constitutional, civil and criminal proceedings, including constitutional challenges to the mandatory death penalty and work to protect the customary land rights of the indigenous Maya communities in Belize.

Joe also worked on a challenge to the mandatory death penalty in Ghana (Johnson v Republic [2011] 2 SCGLR 601) and the successful complaint to the UN Human Rights Committee arising from the Supreme Court of Ghana’s ruling in that case (Johnson v Ghana, Comm. No. 2177/2012).

In 2015 - 2016, Joe addressed the Supreme Court of Kenya in a successful challenge to the mandatory death penalty in Kenya (Muruatetu & Anr v The Republic, Petitions 15 and 16 of 2015). This resulted in the commutation of thousands of death sentences. Since then, Joe has worked closely with the Resentencing Task Force charged with resentencing the affected death row prisoners.

Joe has advised on international election standards and election legislation in most of Eastern Europe and Central Asia. He was the legal adviser for the OSCE election observation mission for the 2004 US presidential elections. He has also conducted many human rights missions on behalf of Amnesty International, the International Bar Association, the International Commission of Jurists and the Interparliamentary Union.

Joe has acted in numerous applications to the European Court of Human Rights, including:

In 2018, Joe was the lead author of Sentencing in Capital Cases, which provides capital sentencing guidance for judges, defence lawyers and prosecutors in jurisdictions where the mandatory death penalty has been abolished.

In 2014, Joe wrote a report on human rights concerns in Belize Central Prison, with a particular focus on prisoners with mental health issues, juveniles and women prisoners. He was called to the Bar of Belize in the same year. He has also worked with an international team of lawyers to assist the Maya indigenous communities in Belize in litigation to protect their customary land rights.


Doughty Street Chambers is proud to have collaborated wit...Read more