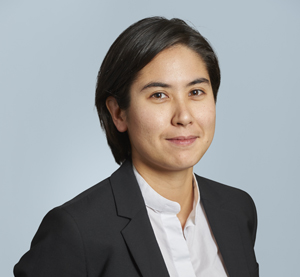 Keina practises in the areas of human rights, public law, inquiries and inquests and media law. Keina has an international and domestic practice with a particular focus on equality, and discrimination law.

Keina holds a PhD in law from the London School of Economics (LSE), where she holds the post of Research Officer at the Centre for Women, Peace and Security. Her publications are set out below. In addition she was a contributor to Halsbury’s Laws 5th Edition Volume 61A (2018), Judicial Review. Keina has lectured in a number of universities including the LSE (2015), City University (2018), SOAS (2020), the Kofi Annan International Peacekeeping Training Centre (Ghana) (2017) on international human rights law. She has a particular interest in women’s rights and environmental rights.

Keina has also acted in a number of Article 2 inquests representing bereaved families. These include:

Keina practises in media law in cases concerning free speech, reporting and newsgathering.  She is a pre-publication lawyer at a number of newspapers and accepts instructions on a wide range of media law issues.  Keina also has experience of representing NGOs on access to information and surveillance issues.

Prior to the Bar, Keina worked as a staff attorney at Women’s Link Worldwide strategically litigating women’s rights cases (such as BS v Spain). She has helped to organise and been part of a number of Expert Group Meetings with the CEDAW Committee and with the Special Rapporteur on Violence against Women and Girls, its Causes and Consequences.

She is currently instructed in a number of human rights cases both domestically and internationally on issues which rate to indigenous rights and environmental law; LGBT rights; the relationship between state immunity and human rights.

Keina is on the editorial board of the journal Feminist Legal Studies. She regularly publishes in academic journals on the issues of women’s rights, environmental rights and on the right to privacy.


A mother and daughter from Northern Ireland who were forc...Read more