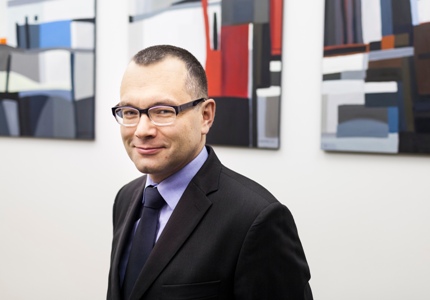 Mikołaj Pietrzak is a graduate of the University of Warsaw Faculty of Law and Administration and a holder of the Cambridge University Certificate in English and European Law. Between 2010 and 2016 he was the Chairman of the Human Rights Council of the Polish Bar Council. As of November 2016 he is the Dean of the Warsaw Bar Council. In 2016, he was appointed by the Secretary-General of the United Nations as one of the five members of the Board of Trustees of the UN Voluntary Fund for Victims of Torture. He is the recipient of the Edward Wende award, which recognizes lawyers who dedicate themselves to the fight for justice and defence of the public good.

Mikołaj Pietrzak is a member of a number of international organizations for lawyers including the European Criminal Bar Association, the National Association of Criminal Defence Lawyers in the United States of America and the Legal Experts Advisory Panel for Fair Trials International. He was a permanent representative of the Polish Bar at the Council of Bars and Law Societies of Europe (CCBE) in the Human Rights Commission and the CCBE Permanent Deputation at the European Court of Human Rights in Strasbourg. He is a member of the International Criminal Court Bar Association. He is one of the founders of the Prof. Zbigniew Hołda Association, of which he is currently a member of the board of directors.

He was the coordinator of the “Human Rights and Settlements with the Past” Programme conducted by the Helsinki Foundation for Human Rights. This programme dealt with the field of protection of human rights and constitutionality of lustration and other legal instruments intended to settle accounts with the past.

He specializes in criminal law and protection of human rights. His experience includes legal representation in criminal cases and defence in cases regarding fiscal crimes, misdemeanours, disciplinary offences, and liability for violation of public finance discipline.

Mikołaj Pietrzak possesses special experience in lustration proceedings and proceedings before the Institute of National Remembrance in Poland. He has also participated in numerous proceedings before the Constitutional Tribunal and the European Court of Human Rights. He regularly appears before the Supreme Court and has been admitted to the List of Counsel of the International Criminal Court in the Hague.

He speaks English fluently and communicates in French.