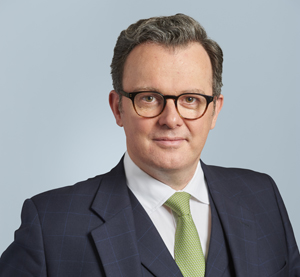 Richard Fisher QC provides advice and advocacy for clients whose cases involve allegations of financial crime, issues of bribery and corruption, the proceeds of crime and related litigation, and regulatory compliance.

His non-contentious and advisory work sees him providing guidance to companies and their individual directors and officers on whether or not their business activities are at risk of incurring regulatory or criminal sanction. Advisory work has included: a UK/Japanese corporate on money laundering regulations; a Big Four firm on the law governing offshore company and tax evasion legislation; a multi-jurisdictional £900m criminal tax fraud and money laundering investigation; corporate client on the impacts of Proceeds of Crime legislation on insolvency and bankruptcy proceedings. Richard is co-author of Blackstone’s Guide to the Proceeds of Crime Act 2002 (Oxford University Press, 5th ed) and was invited to give expert evidence to the Home Affairs Select Committee on Proceeds of Crime legislation (2016).

In contentious work Richard is instructed in cases involving allegations of fraud, cheat, money laundering and where the Proceeds of Crime Act 2002 is engaged to restrain, freeze, recover, forfeit or confiscate assets. Richard is routinely instructed to advise both individual and corporate clients before any criminal proceedings have commenced, during the investigation stage, representing those who have been charged with criminal offences, acting for those affected by the various forms of civil recovery litigation/restraint proceedings, advising third parties affected by asset recovery measures and assisting those seeking to appeal against convictions, sentences or other orders. Richard has also conducted linked litigation in the High Court.

Recent cases of note include representing the principal defendant in a series of Film Tax fraud trials, an IFA in another Film Tax Fraud, representing four defendants in an international bribery and corruption case prosecuted by the SFO, a multi £m fraud on the Welsh Assembly and the EU, confiscation proceedings in the HBOS case and criminal/confiscation proceedings in a Town and Country Planning Act prosecution.

Richard is listed in both legal Directories. In Chambers & Partners 2021 Richard is ranked in both Financial Crime and POCA Work & Asset Forfeiture. Recommendations include:

"He is very experienced and just really a great silk. Very well respected in the courts, judges like him and he's very good at dealing with clients in stressful situations."

"A no-nonsense, determined and courageous advocate."

“Richard is charming, clever and someone who argues difficult points really well. He is dead straightforward in his approach and pretty destructive if faced with anybody who isn’t absolutely up to speed on their law”

"He is strong in court and has a good presence in front of the judge." "An extremely talented barrister whose knowledge, particularly of POCA, is phenomenal."

"He really cares about clients and wants to do a good job for them. He is dedicated, hard- working and produces excellent written submissions."

In the Legal 500 2021 he is ranked as a Leading Silk in both Fraud: Crime and in POCA and Asset Forfeiture, described as:

“Richard is a first rate barrister. He has vast experience in financial crime and is well trusted by clients. He is very commercial and a great team player.”

‘Erudite and effective advocacy. He is extremely knowledgeable in both the criminal and the civil POCA regimes. He is utterly professional, whilst being down to earth and friendly to work with at the same time.’

“He tells it like it is – always straightforward and watertight advice”

“He speaks with great authority and encyclopaedic knowledge and gives solid, practical advice”

"A barrister of standout quality” as “Proceeds of Crime Act guru” with his “particular expertise in money laundering cases” being recognised.

Richard has presented seminars on a variety of topics including at the Law Society Risk and Compliance Annual Conference in 2018 (Fiduciary relationships – corruption and criminal finances) and the Offshore Alert conference, London 2018 (corporate facilitation of tax evasion). He has written articles that have been published in Archbold News and the Solicitor’s Journal and he has contributed to LexisNexis UK Human Rights Updater service and the drafting of consultation papers on behalf of the Criminal Bar Association and Liberty. Richard is joint leader of Chambers’ Business Crime and Investigations Team. 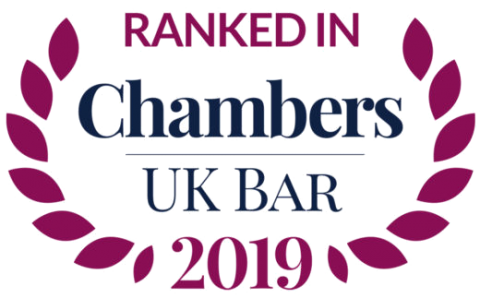