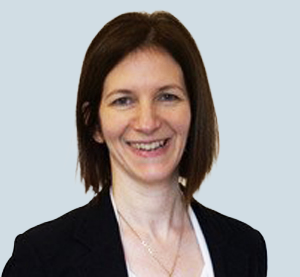 Ruth specialises in civil actions against the police, public law, prisoners' rights, inquests and international and constitutional law. She has a particular interest in the rights of protestors and of vulnerable, young or mentally disordered detainees. She regularly represents bereaved families at inquests and in civil proceedings.

She is currently instructed on behalf of the non-police, non-state core participants in the Public Inquiry into Undercover Policing.  Her Supreme Court work includes DSD & NVB v Metropolitan Police Commissioner, a claim brought by two of the victims of the serial rapist John Worboys, the former black cab driver; and R (Hicks) v Metropolitan Police Commissioner concerning the lawfulness of police powers to preventatively detain individuals in connection with anticipated breaches of the peace. She acted for the claimant in the judicial review that led to the establishment of the independent review into the self-inflicted deaths of 18-24 year olds in custody. Her international work includes regular instructions in death penalty cases from the Caribbean and advising the Human Dignity Trust on challenging laws criminalising sexual relations between consenting adult men.

Ruth is a co-author of The Law of Public Order and Protest [OUP 2010] and a contributing author to Human Rights and the Investigation and Prosecution of Crime, edited by Jonathan Cooper OBE and Madeleine Colvin [OUP 2009].  She co-edited the 2011 edition of the Trespass to the Person volume of Atkins Court Forms and edited the 2014 edition of the Malicious Prosecution volume.  She co-edited the Prisons and Prisoners section of Halsbury’s Laws of England (5th edition).

Ruth specialises in judicial review with a criminal justice element: challenges to policing and prosecutorial policy and decision-making; challenges to prison authorities and the Parole Board and claims related to deaths in custody.  Recent cases include R (Roberts) v Metropolitan Police Commissioner concerning the lawfulness of police powers to stop and search under s.60 of the Criminal Justice and Public Order Act 1994; a challenge on behalf of a prisoner concerning unlawful stoppage of mail; a challenge to a police failure to consult the CPS in relation to the conduct of a rape investigation.

Ruth is regularly instructed in civil claims on behalf of protestors, prisoners and other detainees.  She has secured damages on behalf of many claimants arrested in the course of protests, including the 40+ participants in the Critical Mass Cycle Ride who were arrested during the opening ceremony of the 2012 Olympics.  She has also successfully represented a serving police officer in a claim against her own force for assault, false imprisonment, malicious prosecution and discrimination.  She has successfully settled data protection claims against local authorities and police forces.

Ruth represents bereaved families in inquest proceedings, often, but not exclusively arising out of deaths in custody.   She is currently instructed on behalf of the non-police, non-state core participants in the Undercover Policing Inquiry.


The Oxford Union Society has today published an unreserve...Read more


Two women, who were sexually assaulted by the ‘black cab ...Read more

"She is absolutely fantastic and a real pleasure to work with. She is able to digest a huge amount of factual content in a very short space of time and identifies key issues arising. Brilliant with clients, and a very persuasive advocate." Chambers and Partners 2020

"A brilliant legal mind, with an incredible ability to recollect details of a matter spanning several years – particularly important in long-running cases. Able to deal with challenges of representing a broad and wide-ranging client base. Extremely hard-working and dedicated." Chambers and Partners 2020

"Ruth Brander is completely brilliant. She is phenomenally bright and carefully detailed as well as wonderful to work with and totally reliable. She also writes stunningly beautifully." Chambers and Partners 2020