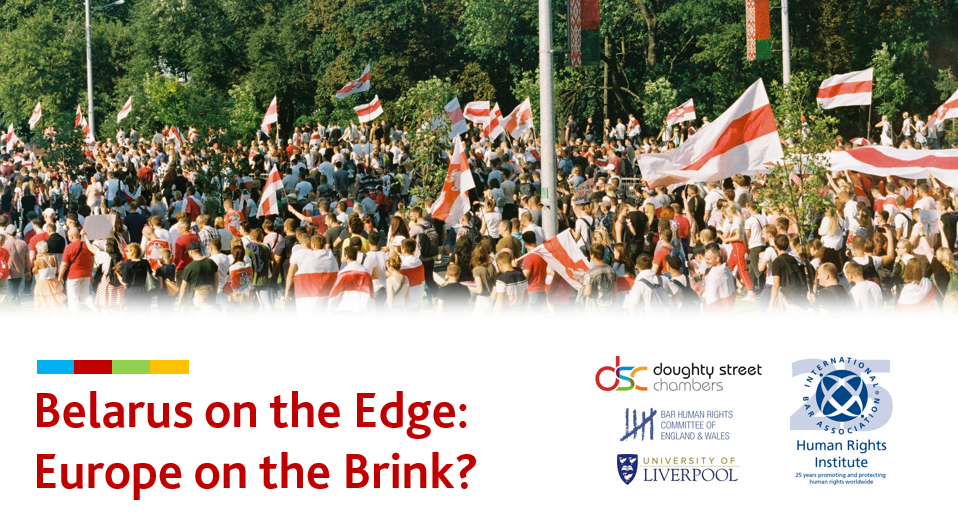 The world looks on with a combination of horror, amazement and awe as Belarusians carry on their protests against Lukashenko. Every week hundreds and thousands of people take to the streets to insist on free and fair elections.

Human rights violations committed against the people continue with impunity. People are disappeared. Unlawful lethal force is used. Allegations of torture and rape of detainees are mainstream. Arbitrary detention is commonplace. Beatings and brutality are an accepted tactic of policing. Denial of a fair trial is built into the system. Privacy rights are violated. The state does all it can to stamp out free speech and protest rights. Freedom of religion is stifled.

Despite all of this and the real risks to their security, the people of Belarus stand their ground.

Can Belarusians determine their own future, or are they mere pawns in a geo-political reality? What would a Belarusian future, owned by Belarusians, look like? Are the human rights violations committed against Belarusians being adequately monitored and recorded? Will those responsible be held to account? Can human rights resolve the crisis? Will there be truth and reconciliation?

The international community is now stepping up. What does this mean in reality? Will there be a stand off between Russia and the EU over Belarus? What’s the impact of the crisis on Belarus’s neighbours. They include three EU member states, who are also NATO members. Are there lessons to learn from Ukraine and the Crimea. Will Belarus be absorbed into Russia?

Where is America? George W Bush made the former Soviet Union a principal foreign policy objective. Why no word from Trump?

Is there a meaningful role for the UK? The UK has given assurances to guarantee the territorial integrity and political independence of Belarus.

What happens if there is an economic meltdown and a refugee crisis?

This event will dig deep in to all these issues. The speakers are leading experts in economics, political science, international law, human rights law and international relations. All are world authorities in Belarusian affairs. Most are from Belarus. They include academics, politicians, diplomats and lawyers.