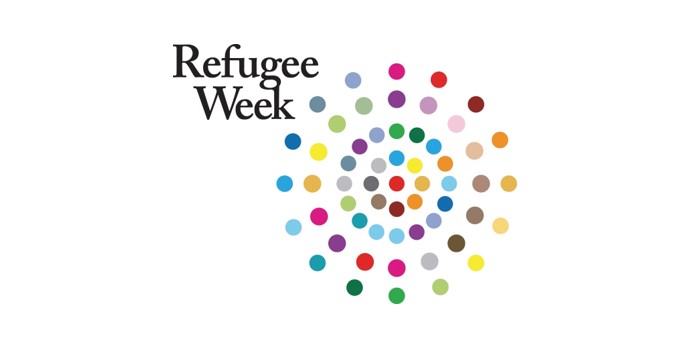 Doughty Street Chambers Immigration Team invite you to an evening to celebrate the creativity and diversity of refugee voices on World Refugee Day 2018 chaired by Tim Finch, the founding director of Sponsor Refugees, former director of communications at the Refugee Council and former head of migration at the Institute for Public Policy Research, and Judith Farbey QC of Doughty Street.

World Refugee Day 2018 honours the strength, courage and perseverance of millions of refugees.  Our event will, in partnership with Counterpoint Arts, bring together writers and artists to perform extracts from works inspired by or through the refugee experience. It will include readings from:

Vesna Maric, author of ‘Bluebird’, a memoir about her experiences of being a young refugee in the UK;

Dina Nayer, author of ‘The Ungrateful Refugee’, an acclaimed essay on the refugee life, whose work is featured in the new anthology ‘The Displaced’, to be launched shortly before Refugee Week;

Meike Ziervogel, author of ‘Shatila Stories’, co-written with Syrian refugees in Lebanon; and

Tim Finch will also read from his book ‘The House of Journalists’ - his take on the telling of refugee stories.

You will also be able to view, before and after the performances, a display of artistic works related to forced migration, which will remain throughout Refugee Week 2018. We are delighted to showcase works from Olivier Kugler, award winning artist who has worked in refugee camps in Turkey, Greece and Calais as well as The Stranger photographic series by Arteh Odjidja in partnership with Coram, a portrait-based project, sharing the inspirational stories of young migrants and refugees.

The readings will start at 18.30 and last around an hour. Drinks will be served from the start of the event, with an opportunity to network and view the artworks once the readings are finished.

We are grateful to Counterpoints Arts for their partnership for this event.

If you wish to attend, please email events@doughtystreet.co.uk