Academic Expert Anne Gallagher AO has been elected President of the International Catholic Migration Commission. ICMC’s mission is to protect and serve uprooted people, including refugees, asylum seekers, internally displaced people, victims of human trafficking, and migrants - regardless of faith, race, ethnicity or nationality. Since its founding in 1951, ICMC has resettled more than a million refugees. It currently operates in over fifty countries.

Anne takes over from the late Peter Sutherland, Former Attorney-General of Ireland, Director of the World Trade Organization and Special Representative of the Secretary-General on Migration. As President, she will lead ICMC’s international advocacy efforts, most immediately in relation to the Global Compact for Migration that is currently being negotiated by the international community.

Anne’s work has started straightaway. She recently took part in the Asia Dialogue on Forced Migration which discussed the plight of the Rohingya; who in Anne’s view have not received adequate international help: "What worries me most is the uniform timidity, the complicity of silence in the face of such egregious injustice meted out against a persecuted minority by a single bad actor" (The Spectator, 14 April 2018). Anne’s full article is available here.

We wish Anne the very best of luck with this important and influential appointment and in working to protect the rights of those amongst the world’s most vulnerable communities. 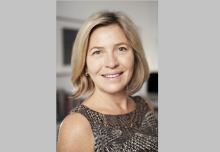