Doughty Street Chambers warmly congratulates our colleague and Academic Expert Elizabeth Wilmshurst upon her appointment as Honorary Queen’s Counsel (QC Honoris Causa). Honorary QCs are awarded to those who have made a major contribution to the law of England and Wales, outside practice in the courts. 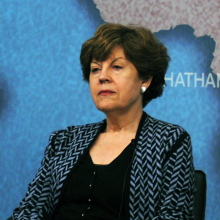