Acquittal in s.18 and affray at Winchester Crown Court

4th Nov 2021: A jury returned unanimous not guilty verdicts at Winchester Crown Court today.  After just over an hour’s deliberation, GH was acquitted of s.18 wounding with intent, affray and possession of an offensive weapon. GH had been accused of attacking his neighbour with a machete, and an assault on other members of the neighbour’s family.  The Crown had relied on five eye witnesses to the alleged attack, and mobile phone footage taken at the scene.

Paul Mason was instructed by Steven Bird of Birds solicitors. 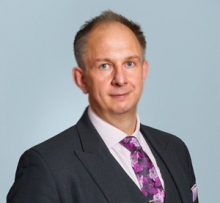 Acquittal in s.18 and affray at Winchester Crown Court