On 1 June 2022, Mr Justice Linden allowed an appeal and quashed the order for extradition in the case of Murawska v Poland [2022] EWHC 1351 (Admin). The Requested Person had been convicted of shoplifting some years ago. She had a short sentence left to serve, having already served approximately two thirds of the six months originally imposed. In allowing the appeal, Linden J accepted that the District Judge deciding the case had overlooked a number of properly relevant factors, including the proportionality of extraditing a woman of 65 years of age for such a short sentence.

The appeal court also took account of guidance regarding litigants in person; at her Extradition Hearing, the Appellant had self-represented but had been given inadequate information over the course of the proceedings regarding the evidence she could and should have provided. This had led the District Judge to make a finding that the Appellant had lied about her personal relationship. Ultimately, this was unfair because in fact the Appellant had simply not understood the importance of evidencing all relevant matters and of resolving an inadvertent conflict in the evidence which was before the court and which had not been her error. 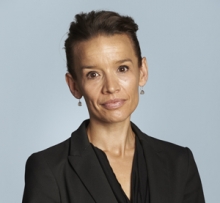