David Burrowes, the Conservative MP for Enfield Southgate from 2005 to 2017 and Conservative candidate for the seat in the 2019 General Election (he was defeated in both 2017 and 2019 by the current Labour MP, Bambos Charalambous) has apologised for an allegation made in a 2019 election campaign leaflet against Labour councillor Cllr Clare Stewart.

The leaflet went on to allege that “Unfortunately, Labour politicians have supported this – like Cllr Clare Stewart, Cabinet Member for our area who is also in charge of the local Labour MP’s office".

Cllr Stewart had never supported the Southgate Village tower block development. She instructed Mark Henderson of Doughty Street Chambers and Zillur Rahman of Rahman Lowe to pursue a defamation and GDPR claim challenging the false allegation. Mr Burrowes has now apologised to Cllr Stewart, and the which apology has been published by Enfield Southgate Conservatives:

“An Apology to Cllr Claire Stewart

“I am very sorry to have stated in a leaflet in November 2019 that Cllr Claire Stewart supported the planned Southgate Office Village development. I now realise that this was not the case and Cllr Stewart has not supported the development, and I am happy to make this clear.”

The apology can be found on the Enfield Southgate Conservative Party website here.

Cllr Stewart stated: “It is absolutely right that Mr Burrowes retracts his statement and apologises. His actions contributed towards creating a toxic atmosphere for me. I am glad I have been vindicated”. 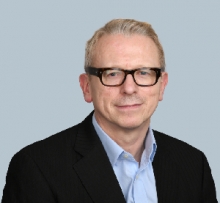