The World Press Freedom Conference 2020 (#WPFC2020) took place over two days, 9 – 10 December 2020. More than 3,500 participants from 133 countries attended the conference, which was broadcast live from the World Forum in the Hague, and thousands more followed the live stream. The Conference focused on the most pressing issues facing the media in these unprecedented times, and it included exhibitions curated by World Press Photo and Cartooning for Press Freedom.

Three members of Doughty Street Chambers spoke at the conference:

Highlights from the conference can be viewed here and full details, including all sessions, and films and documentaries on press freedom, can be seen here. More information about the work of Doughty Street’s International Media Defence Panel can be seen here. 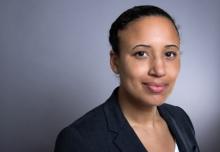