Following a three week trial, a jury at Sheffield Crown Court returned a verdict of not guilty in a prosecution case that alleged the dealing of class A drugs, by 15 defendants, on a massive scale.

The Crown’s case is that the accused was part of operation which involved the transporting and supplying Class A drugs in and around Doncaster. The operation is alleged to involve the transportation of drugs from the Wakefield area of West Yorkshire and Warrington, Cheshire, with extensive telephonic communication relating to drug dealing. The Crown's case spanned a 11 month period and relied upon over 11,000 pages of evidence.

Dr Okewale’s client was also identified on CCTV and arrested after his fingerprints were received from a bag containing £42,0000, which was proven to be the proceeds of drug dealing. Despite these evidential difficulties, including other defendants having pleading guilty to the same allegations, Dr Okewale’s client was acquitted.

Dr Okewale was instructed by Mark Smith of DJMS solicitors. 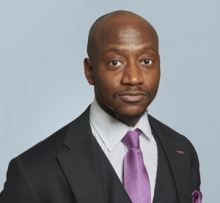