The new (5th) edition of Duncan & Neill on Defamation and other media and communications claims - written by Richard Rampton QC, Heather Rogers QC, Timothy Atkinson and Aidan Eardley, and published by LexisNexis Butterworths - is now available.

On behalf of the authors, Richard Rampton QC said:  “From the first edition, Duncan & Neill was intended to state the main principles of the law of defamation as concisely as possible. The book has, necessarily, expanded to cover other media and communications claims. But we hope that this 5th edition remains true to that original aim and provides a concise and clear guide to the law.”

The new edition includes recent Supreme Court authorities on libel - Lachaux (on serious harm), Stocker (on “meaning” in the context of social media publications) and Serafin (on the public interest defence) - as well as other key cases under the 2013 Defamation Act. The chapter on misuse of private information includes the developments in Richard v BBC and ZXC v Bloomberg LP. The chapter on data protection has been completely rewritten to take account of the GDPR and Data Protection Act 2018. The book also includes the new Protocol and CPR Part 53 for media and communications claims, and updated tables of awards of damages.

Heather Rogers QC is a member of Doughty Street Chambers. For further information about her, click [here]. 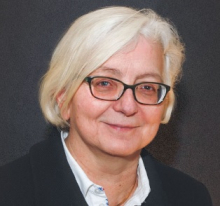 Heather Rogers QC
Heather is Head of the Media team