On the 27th November 2017, Nirmala Gurung, will speak in front of hundreds of people at the United Nations Forum on Business and Human Rights in Geneva. Nirmala is a former teacher and headmistress of a secondary school in the village of Kymore, Madhya Pradesh, India who was diagnosed with parenchymal asbestosis in 2016. Parenchymal asbestosis is a lung disease caused by exposure to substantial amounts of asbestosis dust that can quickly lead to lung cancer. In the United Kingdom, it is recorded that thousands of people die from asbestos-related lung cancer every year, decades after its use was stopped.

The UN Forum on Business and Human Rights is the largest global gathering of people interested in ensuring that there is a proper remedy for human rights violations caused by corporations. This year over 2000 people, including victims, NGOs and corporations will attend.

Nirmala will talk to the Forum about the fact that she has lived near a factory which has been making chrysotile or white asbestos products, for over 30 years. The subsidiaries of the former British company Turner and Newall PLC and the Belgium company ETEX (Eternit) dumped asbestos waste on 600,000 square metres of land on or near which more than 3000 people currently live. The factory  is currently owned by Everest Industries Limited. In her own words:

“During the dry season dry asbestos dust particles even blew into the class rooms. Parents and children used to come into the classroom covered with dust. The owners and workers in the UK and Belgium certainly knew about the hazards of asbestos but did not inform the community. I have seen many victims dying slowly and painfully. It’s really horrible to watch a healthy person turn into a skeleton. I wish the coming generation must be saved from this and that first and foremost there is a need for the proper treatment of the asbestos wastage which the factory dumped in the surrounding populated area. Asbestos must be banned and those suffering from asbestos diseases should be compensated”.

Both ETEX and Everest Industries Limited have been invited to attend.

Krishnendu Mukherjee a barrister and advocate at Doughty Street Chambers, London, has been involved with Kymore since 2013. He will be speaking at the above session on the “Barriers to Remedy in Transnational Cases”.

Elise Groulx, Associate Tenant at Doughty Street Chambers will also be speaking at the Forum at a separate session on a Trust Fund, which is being set up to assist these exact types of cases.

The Legacy of the European Asbestos Industry Continues in India

Kymore (300km from Bhopal), the site of India’s first asbestos factory, started by the British company Turner and Newall PLC in 1934 and still operating under its present owners Everest Industries Limited.  Since medical camps started in 2013, over 400 people have been diagnosed and compensated with asbestos-related diseases from a Trust Fund set up after the bankruptcy of Turner and Newall in 2001. The process is on-going, but many will have died without ever knowing that they were affected. Up until 1996, the factory dumped asbestos waste in the surrounding area, including on private land. This included both the subsidiary of Turner and Newall and the subsidiary of a Belgium Company, ETEX (better known as Eternit), which had a large number of factories in Europe, in Africa and in Asia, and which still operates (albeit no longer in the asbestos industry). ETEX sold its subsidiary to an Indian company in 2001, shortly before asbestos-production was completely banned in Belgium. Everest Industries Limited is one of India’s largest asbestos-product producers, with 5 factories around India. There are around 250 people working in the factory, who are mostly contract labour.

An environmental report by a Canadian company, ECOH, commissioned by the community, found that there was 1m tonnes of asbestos-contaminated surface soil in two different sites around the factory.  in some places there was 70% asbestos concentration in the soil. The company estimated that it would cost at least $52m to remediate the site. Meanwhile, there are 3000 people living directly on the site and up to 8000 people living near it, who could face exposure to asbestos fibre in the environment. In the UK, which essentially stopped using asbestos in the 80’s, there are still over 2000 mesothelioma cancer sufferers, who are diagnosed annually, with very limited exposure to asbestos fibre.

The response from the statutory authorities has been poor. Despite knowing about the illegal dumping of waste, no action was or is being taken by the MP Pollution Control Board. Neither has repeated letters to the District Magistrate yielded any action. Health assessments by Everest Industries Limited conducted amongst the workers since 1985 did no reveal any instances of asbestosis or even pleural plaques (the initial symptom of asbestosis), despite the fact that there obviously must have been. Due to poor medical infrastructure there has been no proper diagnosis of asbestos-related lung cancer.

Given the number of people who must have died over the past nearly 90 years from asbestos-related diseases, which must have been in the thousands, we are terming it “A Slow-Motion Bhopal” after the world’s worst industrial disaster. 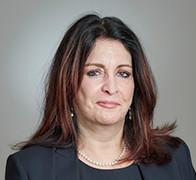 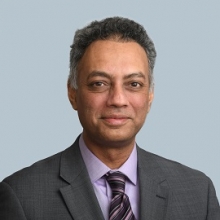