28 January 2021: After a two week retrial at the Reading Crown Court, VR was acquitted of eight counts of historic sex offences, including offences of attempted rape. He had been acquitted of seven historic sex offences, including offences of rape, at the first trial in December 2020.  There was disclosure of over a thousand pages of messages including messages between the complainants and the defendant, which were deployed in cross-examination.

Farrhat was instructed by Mark Phillips of Phillips Osborne Solicitors. 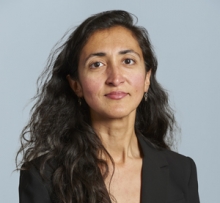