Doughty Street Associate François Zimeray has been instructed by the Internal Political Commission of the Venezuelan National Assembly to advise its members on the possible international remedies for the human rights violations taking place in their country. To this aim, François Zimeray will work in collaboration with the Commission’s Venezuelan lawyers and NGOs.

The Commission's mandate refers in particular to the death in custody on 8 October 2018, in suspicious circumstances, of the political opponent Fernando Alban, and more generally to the violent repressive actions which have led the International Criminal Court to open a ‘preliminary examination.’

According to Ambassador Zimeray, “the seriousness of the situation has been long under-estimated. Every day, fundamental rights are violated by a tyrannical regime. Those responsible should be made to answer before international justice mechanisms. We are proud to assist lawyers and NGO’s who are courageous enough to resist the oppression and to represent MP’s who are an example to all who support democracy around the world. “ 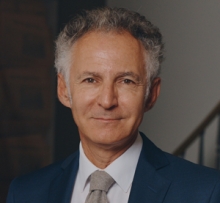