Garry Green yesterday secured not guilty verdicts for his client in an attempted murder and connected firearm charges.  The circumstances of the offence were painted by the Prosecution as a revenge attack gone disastrously wrong.

In September 2019 a gang of four masked men travelled to Sydenham, South London, to carry out a revenge murder against a man who himself had been acquitted of murder 4 years earlier.  Despite his acquittal the defendants, according to the Prosecution, believed the man to be responsible for stabbing and killing their confederate.

Armed with loaded sawn-off shot guns and Rambo style knives the gang drove to Sydenham South London to seek out their target. In broad daylight they closed in on him whilst he sat in waiting in a car.  He however spotted the men and immediately ran to escape them.  Two of the gang pursued him and in frustration one remained and hit out at his car with the butt of his sawn-off gun.  Unfortunately for him the gun was faulty and discharged upon impact killing him instantly.

The remaining three men were investigated by the police and charged with attempted murder of the target and possession of firearms. Garry Green’s client was cleared of all charges. 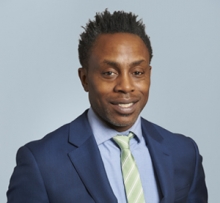