Jonathan Lennon successful in two cases as HMRC return over £300,000 to overseas lawyer and family secure return of £58,000 cash

Jonathan Lennon was instructed in a POCA Account Forfeiture Order application where HMRC had frozen several bank accounts of an overseas based lawyer. HMRC claimed the money was the proceeds of crime. HMRC were to be faced with a number of legal arguments at the final hearing in the Magistrates’ Court, including on dual criminality.  In November 2021 HMRC conceded their application without a hearing and the money was returned to the client.

Also, this month Jonathan was instructed by Ben Darabi of Carson Kaye Solicitors in a POCA cash forfeiture case.  £58,000 in cash had been seized from a residential premises after a police search following an arrest for possession of drugs with intent to supply. The arrest did not lead to criminal charges. Bedfordshire Police claimed the cash nonetheless represented the proceeds of crime.  The family argued that the cash came from wedding gifts and that the household were not involved in drugs trafficking.  At Stevenage Magistrates’ Court the family, represented by Jonathan, were successful in resisting the police application and the money was returned to the family. 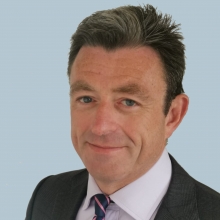 Jonathan Lennon successful in two cases as HMRC return over £300,000 to overseas lawyer and family secure return of £58,000 cash