Jury find that 14 causative failings and neglect by NHS Trust led to the death of Phil Lamplough, a mental health in-patient who took his own life

Philip Lamplough, known as ‘Phil’, died on 17th April 2020 at St Peter's Hospital, Surrey. He was 53 years old and had been a mental health in-patient at the Abraham Cowley Unit (ACU), part of Surrey and Borders Partnership NHS Trust, between 13th – 15th April 2020. Phil died of a hypoxic brain injury caused by asphyxiation by hanging, following an attempt to take his own life on 15th April 2020.

Phil experienced a significant decline in his mental health at the start of lockdown in April 2020. He attended East Surrey Hospital on the 3rd April after taking an overdose of prescribed medication in an attempt to end his life, and Royal Surrey County Hospital on 11th April after contacting 111 due to suicidal thoughts. On both occasions, he was discharged by psychiatric liaison. After being discharged on 11th April, Phil returned to his temporary accommodation and self-harmed by cutting his leg.

On the morning of the 12th April, Phil was evicted from his accommodation due to the self-harm and was taken by the police to a homeless shelter. Staff later called the emergency services as Phil was attempting to walk into traffic. Phil was detained by the police under s.136 Mental Health Act (MHA) and taken to a place of safety. He was assessed under the MHA and found to be apparently psychotic (paranoid and hearing voices) and suicidal. It was decided Phil should be detained under s.2 MHA for a period of further assessment.

Phil was admitted to Clare Ward of the ACU on 13th April 2020. Due to his suicide risk, he was placed under 15-minute observations. On admission, Phil decided to stop taking his regular prescription of methadone (a heroin substitute), which would have led to serious withdrawal symptoms. Unfortunately, there then followed a series of failures in his care and management, as set out below.

On 15th April 2020, members of staff found Phil in a toilet cubicle, where he had managed to hang himself by attaching his hoodie cord to a wooden doorstop (part of the cubicle door frame). He was taken to St. Peter’s hospital, where he died a few days later.

The expert psychiatrist instructed by the Coroner considered that Phil had an independent mental health problem, and was suffering a relapse of psychotic symptoms. His decision to kill himself was an impulsive one which was probably caused by: (1) ongoing psychotic symptoms, particularly paranoia; and / or (2) methadone withdrawal symptoms. Phil would also likely have felt a sense of despair that no-one was helping him or attending to his needs.

After nine days of evidence, the jury concluded that Phil died of suicide and his death was contributed to by neglect. The jury found that the following failings all probably made a material contribution to his death:

In addition, the jury found that the following failings all possibly made a material contribution to Phil’s death:

The family was represented by Matthew Turner instructed by Elaine Macdonald and Lucinda Hawthorn of Tuckers Solicitors.

The Coroner was HM Assistant Coroner for Surrey, Caroline Topping. 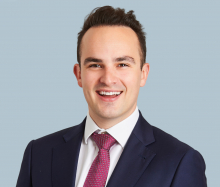 Jury find that 14 causative failings and neglect by NHS Trust led to the death of Phil Lamplough, a mental health in-patient who took his own life