A man whose health condition meant he was only supposed to be given mashed food and thickened drinks was unlawfully killed when his support worker took him to a pub for a burger, causing him to choke to death.

Stars Social Support Limited, a private company which specialises in providing care packages for adults with learning disabilities and physical disabilities, had been commissioned by Barnsley Metropolitan Borough Council to provide care services to Mr Wilkinson since 2014. Support was initially provided through a mix of Mr Wilkinson attending at a day care centre and staff visiting his shared accommodation. However, with his condition worsening and following a choking incident in February 2018, Stars staff were then required to provide 24-hour care and supervision.

A speech and language therapy assessment established Mr Wilkinson was unable to manage his own eating, drinking and swallowing needs, and warned that he faced the very real risk of choking, and death, should he not be provided with mashable food and thickened drinks. An inquest at Sheffield Coroner’s Court heard that despite this, Stars failed to ensure staff followed a clear care plan and on occasions support workers provided him with unsuitable meals.

This was despite the company’s own policies stating that ‘robust procedures should be in place to ensure all staff are aware when service users require modified diet or fluid consistency and this must be communicated to all staff involved in the care of the service user.’ Evidence provided by a support worker indicated that staff were confused as to what foods Mr Wilkinson could and couldn’t eat and evidence was also given that he had access to cupboards and the fridge and therefore to the food of other residents at his shared accommodation.

Mr Wilkinson was twice taken out by a support worker and given clearly unsuitable meals, including fish, chips and mushy peas the week before his death and then during a trip to Manchester Airport, where a 'non-regular' support worker ordered him a Bronx burger, which he choked on. Ruling at the conclusion of the evidence that Article 2 remained engaged, Assistant Coroner Abigail Combes also directed the jury that they could record a conclusion of ‘unlawful killing’ if they considered the case to meet the test for either corporate manslaughter or gross negligence manslaughter.

The jury concluded that Mr Wilkinson had been unlawfully killed. They also recorded that Stars had failed to provide safe care and did not have a robust procedure in place to implement the expert guidance over Mr Wilkinson's food intake. Further, they also found that support plans and risk assessments were not suitable to Mr Wilkinson’s needs, advice was not adequately communicated to staff, and that care being provided was not reviewed by managers.

John Hobson was instructed by Simon Wilson of Hudgell solicitors to represent Mr Wilkinson's sisters, June Mcdonald and Linda Swallow. Mr Wilson stated that the inquest highlighted ‘a shocking lack of organisation and communication’ which led to ‘inconsistent and inappropriate care which endangered life’.

He said: “Some of the evidence presented at this inquest was truly shocking as it painted a picture of a complete lack of organisation and communication which led to no clarity or consistency to the care provided to Mr Wilkinson. Also, following his tragic death, support plans and risk assessments which were found at Mr Wilkinson’s home were more than three years out of date.”

Mr Wilkinson’s sisters issued a joint statement following the inquest, in which they said: “It has been really hard for us to sit and listen to the evidence and hear so many people and organisations try and pass the buck in terms of responsibility. This was our brother’s life and yet nobody wanted to be accountable. “In our minds, Stars proved themselves to be woefully inadequate when it comes to providing care for vulnerable people with complex needs such as our brother. A care provider of any quality would have ensured that all members of staff were aware of his needs and the best way to care for him with professionalism, empathy and understanding".

“They weren’t capable of doing this, or they just didn’t bother. We had concerns as soon as they were commissioned to look after Tony in 2014 and those fears were sadly proven right". 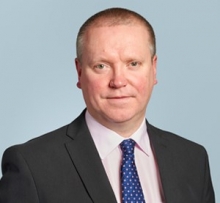