The Kennedy Bill Revoking Brexit in the Event of No Deal

With a team of lawyers and a former top Parliamentary Counsel, Baroness Helena Kennedy QC has devised a Bill that revokes Article 50 only in the event of no deal. The Kennedy Bill was widely consulted upon before its formulation was finalised.

The Kennedy Bill’s scheme is simple. To all intents and purpose, it’s a one clause Bill (the second clause extends it across the UK).

Clause 1 of the Bill requires the Prime Minster to revoke Article 50 within 24 hours of the date the UK is set to leave the EU in the event that no deal has been agreed. The purpose of the Bill is to prevent a no-deal Brexit.

The Kennedy Bill and Explanatory Notes can be found here:

Brexit has become such a crisis because the upshot of what happens in the event of no deal is wrongly placed.

Agreement cannot be reached because of the risk of crashing out of the EU without a deal. That prospect has distorted the debate and the ability of MPs to reach a consensus on what is best for the UK.

The majority of MPs have repeatedly made clear that leaving the EU without a deal is unacceptable.

The Kennedy Bill makes the intention of Parliament a reality. The default position must be that set out in the Kennedy Bill which means the UK cannot leave the EU with no deal.

With no deal taken off the table, the burden then falls on MPs to resolve Brexit, or Brexit has to be revoked.

The Kennedy Bill is neutral as to how Brexit is resolved. All options remain available to MPs except no deal.

Revocation has legal consequences. It is an unequivocal statement that Brexit will cease to be a political reality in the short to medium term.

Baroness Helena Kennedy QC said, "A No Deal outcome would be catastrophic for our country; it would be utterly bizarre for this to happen simply by default. There have been two overwhelming votes by our elected representatives against this happening yet Mrs May has taken no steps to legislate against it. She speaks as though law cannot be changed. It is a constitutional outrage for the Executive to ignore the will of parliament and this Bill, which has been carefully crafted by a former parliamentary draughtsman, shows the way to avert a terrifying possibility and give substance to the votes of our politicians."

The Kennedy Bill drafting team are very grateful to all of those who advised on its scheme and scope. 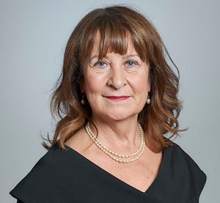 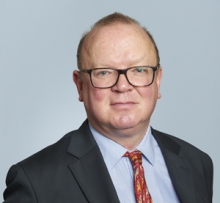 The Kennedy Bill Revoking Brexit in the Event of No Deal