The case before the Constitutional Court concerned several posts made by the San José de Apartadó Peace Community on its webpage, ‘Twitter’ and ‘Blogger’ between February and August 2018. In the posts the Peace Community alleged that illegal activities were being committed by paramilitary organisations in the Urabá zone of Antioquia, Colombia, and stated that these had occurred with the knowledge and complicity of the National Army’s Seventeenth Brigade which operated in the area. Coronel Carlos Alberto Padilla Cepeda, the commander of the Seventeenth Brigade, brought a tutela action against the Peace Community on the basis that the constitutional rights of the Seventeenth Brigade and its individual members to reputation and honour had been violated.

In its judgment, the Constitutional Court upheld the Seventeenth Brigade’s complaint, on the basis that the publications alleged that its members had in fact committed criminal acts which had not been proved before a court, and were not drafted in a way that would make clear that they were merely complaints about matters that required investigation. The Court noted that the fact that paramilitaries were conducting illegal activities within the Seventeenth Brigade’s jurisdiction did not mean the latter knew about them, were able to avoid or deal with them, or having been able to deal with them, chose not to do so. The terms of the publications therefore did not respect the presumption of innocence.

However, the Peace Community’s publications must be viewed in the context of the Colombian internal armed conflict, during which, in the 1990s, Urabá was one of the areas most affected by the violence of the Colombian armed conflict. Paramilitary groups have previously collaborated with Colombia’s national army to commit the gravest violations of human rights.

Between 1997 and 2010, members of the Peace Community were victims of successive acts of violence enacted by paramilitary groups in Urabá, including killings, torture, mutilations, threats, unlawful detention, looting and the burning of homes and crops. One of the Peace Community’s most painful memories is the killing of the leader of the Peace Community and seven others on 21 February 2005, including three children. One child was a toddler. They were macheted to death and parts of one of the dismembered bodies was thrown into the river. On 27 March 2019, the Criminal Cassation Chamber of Colombia’s Supreme Court found that the national army had participated in the massacre.

Since 2000, the Peace Community has been subject to precautionary measures from the Inter-American Commission of Human Rights and provisional measures from the Inter-American Court of Human Rights, requiring the Colombian state to guarantee the rights to life, integrity, security and liberty of the members of the Peace Community, and to satisfy the need for truth, justice, reparation and non-repetition of the human rights violations committed against them.

The amicus curiae, submitted to the Constitutional Court as part of the Peace Community’s appeal against the judgment, considered its wider potential “chilling effect” upon both the Peace Community and other vulnerable individuals or groups in the midst of post-conflict situations.

Ms Brimelow QC and Ms Zapata Besso submitted that the effect of measures must be understood in the context in which they occur. The State should have broad shoulders. Where defamation legal actions are brought by high ranking state officials in relation to assertions made by human rights defenders concerning state responsibility for serious human rights violations, in the context of previous serious human rights violations at the hands of the state and an ongoing situation of general risk and lack of protection of human rights activists, these may foster intimidation and inhibition which places human rights defenders in a de facto situation of increased vulnerability and may unduly curtail their freedom of expression.

The Alliance for Lawyers at Risk is an independent UK-based pro-bono network that provides legal support to lawyers and human rights defenders at risk.

The amicus curiae (Spanish) can be read here. 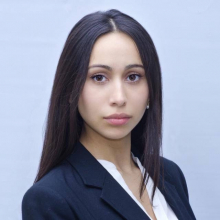