In the latest edition of Counsel Magazine Paul Taylor QC considers the evolution of the law on joint enterprise since Jogee and the impact on potential appellants convicted under the ‘old law’.

For some, the terms ‘Joint Enterprise’ and ‘Parasitic Accessory Liability’ (PAL) trigger a sense of injustice. The unfairness is felt most acutely in murder cases because of what has been described as the prosecution’s ‘obvious and profound advantage’ of being able to secure the conviction of defendant A on the limited basis that, having been a secondary party to a joint enterprise with P (Principal) to commit a lesser crime than murder, A realised that P might commit GBH or kill with intent, even if A did not intend this and even if A pleaded with P not to act in that way (see ‘CFA finds “no wrong turning”’: Michael Jackson, Hong Kong Lawyer, March 2017).

To read more on The Jogee Effect click here. 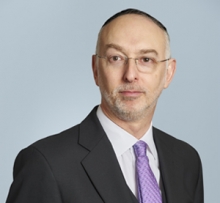