Public Inquiry to be held into Novichok killing

The Home Secretary has announced that there will be a public inquiry into the death of Dawn Sturgess, who was killed by the nerve agent Novichok, after it was used in an attempted assassination of Sergei Skripal.

Henrietta Hill QC and Adam Straw QC act for the family of Dawn Sturgess and her partner Charlie Rowley. They are instructed by Birnberg Peirce solicitors, and act alongside Michael Mansfield QC.

The original Coroner presiding over the inquest into Ms Sturgess’ death decided he would not investigate wider Russian state responsibility for the death, or the source of the Novichok. The family’s legal team successfully challenged that decision by judicial review. After the High Court quashed his decision, the original Coroner was replaced by Baroness Heather Hallett. 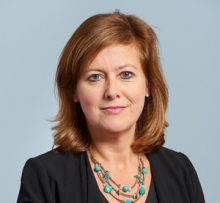 Public Inquiry to be held into Novichok killing