Rupert Bowers QC acted for Luca Filat, the son of ex Moldovan Prime Minister Vladimir Filat, in the NCAs application for an Account Forfeiture Order under the new powers provided by the Criminal Finances Act 2017. Vladimir Filat is currently serving a 9 year term following his conviction in relation to a fraud of $1 billion from Moldovan banks, equivalent to 12.5% of the country’s GDP. Luca Filat is considering whether to appeal the order made. 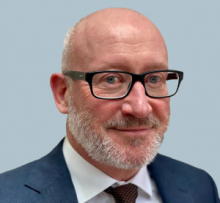