The Court of Appeal has held that the Special Immigration Appeals Commission (SIAC) was wrong to conclude that a reconsideration decision on a naturalisation application would inevitably have been the same even if procedural unfairness by the Home Department had not occurred.

GA had been refused naturalisation as a British citizen on the basis that he had previously associated with Islamist extremists. On appeal of that decision to SIAC decided that the decision was unfair because important guidance had not been disclosed to GA. However, SIAC concluded that a decision on reconsideration would inevitably have been the same even if the guidance had been disclosed.

On the evidence, considered in closed session, the Court of Appeal  decided SIAC had erred in principle and reached a conclusion that was not reasonably open to it in the circumstances, and the Home Secretary was required to reconsider the case.

Stephen Cragg QC acted as the Special Advocate for the Appellant in the closed session. 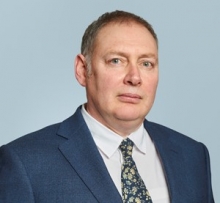