Two women, who were sexually assaulted by the ‘black cab rapist’, John Worboys, have won their claims against the Metropolitan Police for the serious failings in the police investigation into Worboys’ offending.

The two women who brought the claim and who were anonymised in the proceedings as DSD and NVB were represented by Phillippa Kaufmann QC and Ruth Brander.  Their solicitor was Harriet Wistrich of Birnberg Peirce.

DSD was one of Worboy’s first victims.  NBV was his 76th known victim.  Worboys went on to attack at least another 29 women after NBV and before he was caught.  In total there were at least 105 victims over a four year period, at least 10 of whom had made complaints to the police.  The judge who heard DSD and NBV’s claims in the High Court found numerous systemic and individual failings in the police investigation into their allegations against Worboys, including failures in training, supervision and allocation of resources to the investigation of sexual assaults.

The claims establish that police can be liable to victims of serious and violent crime for failing to conduct an effective investigation into credible allegations.  The Supreme Court held that Article 3 of the European Convention on Human Rights, which prohibits torture and inhuman and degrading treatment, requires the state to investigate credible allegations of mistreatment that crosses the threshold of torture or inhuman and degrading treatment, even where such conduct is that of a private individual and there is no complicity on the part of any public official or state agent.  This is a significant legal development as victims of crime are not generally able to bring claims against the police for failing to investigate under the common law.  The Metropolitan Police Commissioner, supported by the Home Secretary, had argued that the duty owed to victims of serious and violent crimes should be limited to putting in place a criminal justice system and no claim should arise out of the failings of a particular investigation.  The Supreme Court has rejected this approach and held that serious failings can give rise to a claim.

This decision will enable a number of challenges, which have been on hold pending the outcome of this case, to proceed. 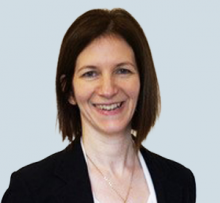