Theo Huckle QC acted in the case of Goldscheider v Royal Opera House representing the Claimant, Chris Goldscheider, which has featured in The Lawyer's Top 20 Cases of 2019.

The Royal Opera House (ROH) has launched an appeal against violist Chris Goldscheider that will reach the Court of Appeal in July 2019, following a March 2018 High Court decision that ruled the music venue was liable in damages for ‘acoustic shock’.

In the first case of its kind, Goldscheider alleged that he suffered ‘acoustic shock’ during a rehearsal in his right ear caused by the high noise levels made by various brass instruments. He claimed that as a result, he was unable to work as a musician.

Following an eight-day trial, the High Court rejected the ROH’s contention that the wearing of ear protection by Goldscheider was sufficient to discharge their duty of care. In October 2018, the ROH was granted permission to appeal this ruling to the Court of Appeal. The court’s decision will have potentially significant consequences for the UK music industry. 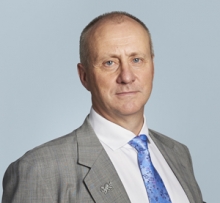