Tribute to Jonny Cooper by our Heads of Chambers 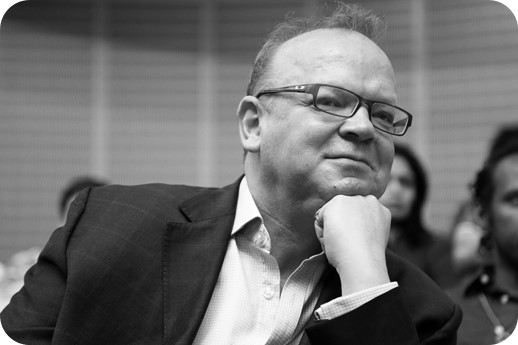 Since Jonny’s heart-breaking death, messages and tributes have flooded into our Chambers at Doughty Street – messages from those he helped, befriended, taught, inspired and championed – lawyers and clients, young and old, gay and straight, from every continent and every walk of life.

And those messages have come from as far afield as Belarus; and from Biafra, where he was something of a national hero for championing their  right of self-determination. They have come from Chantal Day and Vicky Bush, the lesbian couple whose right to marry he championed in the Cayman Islands, from young students at Oxford, and veteran human rights QCs such as the 80-year-old Lord Tony Gifford in Jamaica – with whom he worked on the challenge to Jamaica’s homophobic laws in the Inter-American Court.

The messages have come from those he worked with at Justice and Liberty and the Human Dignity Trust, where he was the first Director and the pioneer of numerous successful challenges to the criminalisation of gay sex throughout the Commonwealth.

What these messages show is very clear; truly Jonny was ubiquitous in his influence, and in his championship of the victims of oppression, persecution and discrimination. He was an inspiration to the young, to get started in the cause of human rights; and to the old, to persevere despite all setbacks.

The tributes have talked of the many wonderful qualities which he had:

Francesca Klug recognised his many roles as: ‘Lawyer, advocate, author, campaigner and trainer’; the alchemy he worked by his combination of ‘humanity and love of the arts, history and the law’. And as she said: ‘to have Jonny on your side was to be bathed in warmth, encouragement, fun and love’.

Michael Cashman said of Jonny: ‘You will always be here. In every demand for equality, in a life lived without discrimination. Because of you, we are’.

Jane Ozanne talked to Pink News of his generosity with his time and expertise and the work he did on banning conversion practices. As she said: ‘The world has lost a true LGBT+ legend, and we are all very much the poorer for it’.

Baroness Helena Kennedy QC described Jonny as ‘a glorious life enhancer, whose ingenuity and compassion led to real and lasting change, especially for the gay community. What a loss to the world’.

Peter Laverack has put it in a yet more joyous and light-hearted spirit: ‘Working with Jonathan was a great joy for so many, though often a hazardous affair if one was following him on a Boris bike from meeting to meeting. He obviously so enjoyed what he did. Meeting the great and the good, cajoling policymakers and funders, writing in the press, strategising and supporting those in need. All that was a way of life for Jonathan, not just a 9-to-5 – particularly if it could be done over several glasses of wine at the Groucho club.’

I cannot go into all the countless moving tributes who spoke of his kindness and support to everyone in need of legal help.

In his own words

Jonny’s legacy is not just in the many cases he inspired, initiated and guided – even when his contribution is not recorded in the law reports. It is not just in the law reforms he supported and championed – the Human Rights Act itself, the lowering of the age of consent, the better treatment of juvenile offenders. It comes most of all in his constant call to arms, which so many of us here will remember, his corralling and prompting and inspiring of others – to take up the cause of human rights and fight for the rule of law, for the Europe Convention of Human Rights, and to take seriously the need to fight for the rights and freedoms of those suffering discrimination and persecution on grounds of sexual orientation.

My personal encounters with Jonny

But Kevin has asked me not just to talk about cases and causes in the abstract, but of my personal experience of Jonny.

Jonny was my pupil; I remember our time together as one of adventure and discovery. He loved people and he loved life. We travelled together to Rampton top security hospital to represent a patient who had been detained for 9 years with no real diagnosis of mental illness. His name was Stanley Johnson (but he was no relation of the famous tool maker). Jonny saw immediately that there was a point to take to the European Court and we took the case all the way from that bleak hearing at Rampton Hospital to the European Court at Strasbourg.

Jonny also worked with me on the rights of juveniles sentenced to detention during her Majesty’s pleasure. And one particular 15-year-old; Prem Singh. Jonny ransacked the public records at Kew Gardens and his research showed that our treatment of children sentenced to detention during her Majesty’s pleasure was far more liberal and enlightened in the early years of the 20th century than in the 90s. His excitement was infectious. Thanks to Jonny, that case again went on to Strasbourg and it became a leading case on the rights of juveniles who were sentenced to detention that took account of their youth. I remember to this day our trip to Strasbourg, which was enlivened by Jonny’s enthusiasm for every form of gastronomic excess, and a haunting trip to the candlelit cloisters of the medieval cathedral. Strasbourg was his Mecca and he was a true European. He travelled around all of Europe, lecturing as far afield as Turkey, Albania and Belarus. I could go on, but I promised Kevin not just to engage in a recitation of the cases we did together.

Jonny as a member of Chambers

After his pupillage, Jonny became our first openly gay member of Chambers. He was a profound influence on us all and ceaselessly devoted himself to the recruitment and inspiration of new members over which he took endless troubles. To myself and many in Chambers he became not just a friend but something of a guru – a true force for good. He always brought the best out in people and he was constantly educating us with film events, such as the film on the persecution of gay people in Uganda, with seminars and with his enlivening Tweets from Chambers’ conferences and events.

He went on to do ground-breaking work at Justice and Liberty and then the Human Dignity Trust. He was engaged in a series of important challenges at the time of his death – fighting for the self-determination of the Biafran people; for human rights in Belarus; for the right to gay marriage in the British Overseas Territories; for the decriminalisation of gay sex; for the retention of the Human Rights Act. And with Helena Kennedy and others, he was fighting for a ban on conversion therapy.

All this was infused by Jonny’s boundless optimism and fearless willingness to tread where others dare not go. He was even part of an initiative to persuade the Pope to come and condemn the criminalisation of gay sex – and we still have high hopes of the Pope, even without Jonny as ambassador.

His optimism took many forms

His fearless optimism took many forms. There was, of course, his 50th birthday party where he persuaded us all to plunge into the icy waters of the River Dart and wait for a bore to carry us down to the sea at Kingsbridge. It was supposed to arrive in five minutes, but after two hours of waiting, some of us gave up and began to swim or flounder our way down to the open sea. Some of the swimmers made it, some were incapacitated by the cold and were picked up by kindly motorboats and fishing smack. But, finally the bore did come – as welcome as it was late. So, Jonny’s irrepressible optimism was vindicated once again as we were swept the last 200 yards down into the sea. And afterwards, there was a classic Jonny Cooper ceremony in which gold medals were awarded to all those who persevered. That night, Jonny gave a speech paying tribute to his beloved family, his sisters Dianna and Helen, his nieces and nephew, his friends and above all, his lifelong companion and husband Kevin, with whom he shared not just a boundless love and poetic flair but also a passionate commitment to justice.

Jonny also shared with Kevin a deep love of the sea and the countryside of Devon. They plunged and swam together like a pair of dolphins. They enacted the history of the River Dart. And Jonny’s championship of the rights of self-determination extended even to his favourite patch of Devon.  So he would proudly distribute passports for the People’s Republic of Totnes. He even had plans for Totnes to go it alone and remain part of the European Union. When we all marched together against Brexit in London, after a lavish breakfast at the Dorchester, Jonny was wearing the blue and yellow colours of Sweden, enthusiastically distributing the passports of Totnes to all the passers-by. And we were caught up in his endless round of encounters, stop-offs, and celebrations along the way.

In fact, almost every occasion with Jonny combined an element of adventure, an element of celebration and a splendid touch of the hilarious. He was truly a life-enhancer, with a Churchillian panache and gift of perseverance; and with all the cheerful innocence of a Candide or Pickwick. And yet he achieved so much, to create a better and more equal society. He worked in the courtroom. He walked the corridors of power at Westminster and Brussels (often with his shirt half untucked). And he mentored the next generation of lawyers and human rights activists. He gave so much of himself to others. So much of him remains with them, and with us all.

Now, as an OBE, Jonny is entitled to a memorial service in the OBE chapel at St. Paul’s Cathedral which has happened today with hundreds in attendance. So, though we bid our sad farewell today, let’s keep our memories of him vivid, our hearts full of his irrepressible spirit; and let him remain like a benign and guardian angel – ever wise, ever present and ever radiant with light.

As many of you will know, most of Jonny’s work was pro bono, and he was never one to count the cost, or to put his own financial needs before the needs of those he helped and counselled, championed and fought for. This took its toll. In all his work, he was supported emotionally and spiritually by his wonderful husband Kevin, himself a writer and great champion of LGBTQ+ rights, and a fearless collaborator with Jonny in much of what he did.

We are today launching an appeal for donations to help support Jonny’s husband Kevin, after Jonny’s sudden and untimely death from a heart attack in September 2021.

If you would like to make a donation you can do so here:

Tribute to Jonny Cooper by our Heads of Chambers