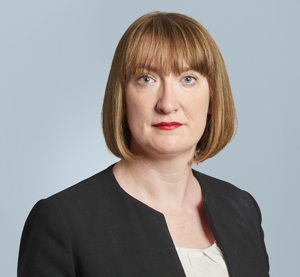 Angela is a specialist in public law, civil liberties and human rights. Her practice focuses on public law and civil claims with a human rights element.

She acts for a range of individual and institutional clients, including in inquests and in public inquiries.  Angela understands the importance of timely, accessible and affordable advice and puts the needs of her professional and lay clients at the heart of her practice.

She has recently represented the bereaved families of three victims in the Birmingham Pub Bombings inquests, a Chagossian exiled from his home as a child and a range of men, women and children challenging their treatment by public bodies including local authorities and individual police forces.  She has helped secure compensation for individual human rights violations in a range of settings, including for women treated without dignity in police cells, for children failed by local authorities and, in LL v Lord Chancellor, for a man committed to prison by a judge acting unlawfully.

She advises frequently on a range of specialist human rights matters, including on open justice, data protection and surveillance. She regularly provides pre-publication advice to national publications on media law.

Before joining Doughty Street, Angela was Director of Human Rights at JUSTICE, the UK branch of the International Commission of Jurists.  She ran a range of public interest interventions in the UK and at the European Court of Human Rights.  She has managed collaborative teams of both leading and junior counsel.

Between 2006-2011, Angela was a legal adviser to the UK Parliament’s Joint Committee on Human Rights.  She advised on the legislation now central to her practice, including the Bills which would become the Coroners and Justice Act 2009 and the Defamation Act 2013.

She continues to advise individuals and organisations on the impact of new legislation and on law reform; including on the implications of the EU (Withdrawal) Act 2018 and other Brexit-related policy and practice.

Angela previously worked at the British Institute of International and Comparative Law and University College London. She acts as an expert trainer, including for the Council of Europe and regularly provides training on human rights to lawyers in the UK and overseas.

Angela is the general editor of Sweet and Maxwell’s loose-leaf Human Rights Practice.  She sits on the Legal and Policy Committee of Freedom from Torture and is a Trustee of Legal Action Group.

She has been a member of the Equality and Human Rights Commission Panel since 2019.

Angela accepts instruction in a broad range of civil liberties and human rights matters, in the domestic courts, the European Court of Human Rights and a range of international tribunals.

Angela regularly advises on systemic challenges to legislation, policy and practice.  She frequently represents clients in claims against public bodies for breaches of the individual rights protected by the common law, the Human Rights Act 1998 and the Equality Act 2010, from actions against the police to claims against local authorities who fail to respect the rights of children and their families in the discharge of their duties under the Children Act 1989. These claims frequently result in a favourable early settlement.

In LL v Lord Chancellor. (with Jamie Burton), Angela helped secure compensation for a client committed to custody following a series of failures by a judge handling his case.  She has advised the Howard League and a range of individuals on damages for liberty lost as a result of unlawful decisions by judges and other public bodies.

Angela recently advised the Independent Custody Visiting Association on the failure of domestic law to meet international human rights standards for the treatment of menstruating women and girls in custody, helping secure important changes to Code C to the Police and Criminal Evidence Act 1984 to protect the dignity of all detainees in police cells (with Caoilfhionn Gallagher QC).

Angela has particular expertise in human rights, counter-terrorism and national security.  She has advised on issues including deportations with assurances (including intervention in XX (Ethiopia)); counter-terrorism legislation and surveillance and investigatory powers.

She is experienced in claims about access to information, open justice, disclosure and closed material proceedings (advising a range of NGOs, MPs and Peers on the Justice and Security Act 2012; acting in JUSTICE’s intervention in Tariq v UK on closed proceedings in employment tribunals).

Her previous case work includes Smith & Ors v Ministry of Defence (intervention on the extraterritorial application of the HRA 1998) and Secretary of State for the Foreign and Commonwealth Office v Rahmatullah (on the scope of habeas corpus).

Angela is a member of chambers’ Actions against the Police and Community Care and Health teams.

She has particular experience in complex public law cases involving sensitive material.  Angela acted in the latest challenge to UK Government policy on the exile of the Chagossian people from the Chagos Islands – Hoareau; Bancoult v Secretary of State for Foreign and Commonwealth Affairs - including in a range of applications for disclosure and resisting an application for public interest immunity by the Secretary of State.  This is one of only a handful of judicial review claims where a confidentiality ring has been used to manage sensitive material.

Angela regularly acts in urgent judicial review proceedings under the Children Act 1989 and the Care Act 2014 and has obtained favourable settlement terms for clients challenging decision-making on public law and human rights grounds.

Other previous work includes Liberty v The Director of Legal Aid Casework (on the scope of legal aid in statutory appeals on judicial review principles (with Jamie Burton)); securing permission for JUSTICE to intervene in the First Tier Tribunal (Charity), in Human Dignity Trust v Charity Commission (Maya Lester leading) (scope of charitable objectives for the promotion and protection of human rights) and in the Court of Appeal in Public Law Project v Secretary of State for Justice (Residence Test) (Dinah Rose QC leading).

Angela’s publications include practitioner’s guides on the implementation of the procedural reforms in Part 4 of the Criminal Justice and Courts Act 2015 and on third party public interest interventions in UK and European courts.

She regularly advises on the scope of judicial review, costs risk in public law proceedings and third-party interventions. Angela advises private clients and civil society organisations on parliamentary procedure and engagement with Government on legal issues.  She regularly provides professional training on administrative and constitutional law.

Angela is the Deputy Leader of the Public Law Team at Doughty Street Chambers.

Angela accepts instructions for families in inquests and for a range of organisations and individuals in public inquiries.

She has particular experience in complex, document heavy cases involving the exploration of historic failures by public bodies.  She acted (with Heather Williams QC) for the families of three people killed in the Birmingham Pub Bombings in the recently reopened inquests.

Angela regularly acts for bereaved families and vulnerable people failed by the state. She is instructed on behalf of a survivor of child sexual abuse with significant learning disabilities, working to support his participation in the Independent Inquiry on Child Sexual Abuse (IICSA) investigation of child abuse within the Roman Catholic Church.

She was recently part of a team which secured a fresh inquest for Ella Kissi-Debrah, where evidence suggests unlawful levels of pollution in London contributed to her death at only nine years old.

She acts for the families of those who die in custody and those whose loved ones’ deaths raise questions about the conduct of healthcare providers, police and probation services.

Before joining Doughty Street, Angela was responsible for the Joint Committee on Human Rights scrutiny of the Coroners and Justice Act 2009 and led its work on deaths in custody for five years.  She worked on the Bloody Sunday Inquiry with Anthony Jennings QC.

She has a particular interest in disclosure and the management of sensitive material by inquests and inquiries, having advised on closed material in the Coroners and Justice Act 2009 and led JUSTICE’s response to the Justice and Security Act 2013.  She represented The Guardian (with Caoilfhionn Gallagher) in the challenge to the treatment of sensitive material in the inquest into the death of Alexander Perepilichnyy (Secretary of State for the Home Department v HM Senior Coroner for Surrey).

Angela regularly delivers training on inquests and inquiries (including on anonymity applications, reporting restrictions and access to inquests for the media) and she accepts instructions across all areas of chambers’ inquiry work.

Angela accepts instructions in all aspects of chambers domestic and international media and information law practice.

She regularly provides pre-publication advice for a range of national outlets, including The Guardian, The Times and The Sunday Times.  She recently represented The Guardian (with Caoilfhionn Gallagher) in the High Court challenge to the treatment of sensitive material in the inquest into the death of Alexander Perepilichnyy (Secretary of State for the Home Department v HM Senior Coroner for Surrey).

Angela has a particular interest in open justice, reporting restrictions and closed proceedings.  She has published widely on data and surveillance law in the UK. She advises individuals and organisations on related matters.  She has prepared legal submissions for publication for a range of media and free expression organisations, including Reporters without Borders and the Media Lawyers Association.

She advised the Joint Committee on Human Rights on both the ratification of the UN Convention on the Rights of Persons with Disabilities and the conclusion of the UN Guiding Principles on Business and Human Rights.  Angela led a programme of work focused on increasing the effective execution of judgments of the European Court of Human Rights.

Her past case work includes Belhaj & Ors v Straw & Ors (intervention for JUSTICE, the International Commission of Jurists, Amnesty and REDRESS on the scope of foreign act of state doctrine and state immunity, redress for torture and rendition).

She regularly acts as a trainer on international human rights law and the scope of international treaties for the protection of individual rights, including for the International Bar Association, the Council of Europe and the OSCE.

Angela frequently contributes to a range of publications and blogs, including Legal Action, the UK Human Rights Blog, the UK Supreme Court Blog and the UK Constitutional Law Association Blog.

JUSTICE, Freedom from Suspicion: Building a Surveillance Framework for a Digital Age, November 2015 (with Eric Metcalfe).

“Something we’re going to need to keep an eye on”: Justice seen to be done?