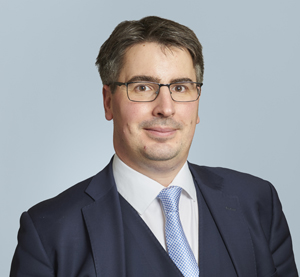 Benjamin Newton is instructed to defend those accused of the most serious and complex criminal offences, and regularly appears in high profile and legally significant cases.

Benjamin was awarded Crime Junior of the Year at the 2019 Chambers and Partners Bar Awards, and is ranked in Band 1 in Crime, where he is described as

‘A leading junior who garners respect and is labelled as a "diligent barrister" who "gets fantastic results." Praised for his sensitive cross-examinations and skilful client care, he has appeared in numerous headline-grabbing cases in recent years. "An impressive advocate with a keen eye for detail who is able to empathise with clients."  "He is really hard-working, very responsive and someone who has a lovely manner with clients."’

Their sources say that “Benjamin Newton is superb.  He’s very thorough and likeable, and is fantastic with clients.  No matter what kind of client or what kind of case he gets their trust and respect very quickly.  What’s more, he’s a fantastic advocate – very persuasive.  He’s very attentive, articulate, and good with detail.”  It is also said that he "Provides excellent client care for both the professional and lay client, and is brilliant at reducing complex points down to an understandable and relatable level." "His temperament is excellent and he copes with whatever is thrown at him. He deals with things in good humour and maintains a clear head at all times."

Sources for their Fraud section say “He has an excellent eye for detail, is very practical in terms of getting to the heart of what the issues are, and he is able to come up with solutions. He shows very good judgement.”

He is also ranked in both crime and criminal fraud by The Legal 500, which describes him as ‘A real jury advocate with the gift of oratory’. Their sources describe “A thorough, caring and articulate barrister” and  ‘A great strategist. He is a real team player. He never misses a trick, he’s always one or two steps ahead of the opponent. He also has an impressive encyclopaedic knowledge of the law, and is one of the most highly skilled advocates I know who is also able to put clients at ease.’ (Crime), “Completely attentive and client oriented” (Fraud).

Benjamin has substantial experience across all areas of criminal law, and sits as a Recorder in the Crown Court. He is frequently instructed in relation to allegtions of financial crime, serious sexual offences, and murder/manslaughter. In addition to criminal trials, he regularly advises on and conducts fresh criminal appeals, and has expertise in extradition, courts martial proceedings, and criminal-related public law.

Benjamin is consistently instructed in relation to substantial allegations of fraud and money laundering, and regulatory matters of a financial nature.

He is ranked in Chambers and Partners 2020 as a leading junior in financial crime, and is described as ‘really bright and really insightful’, and ‘a superb advocate; he is a quietly understated barrister, who goes about his work in a very diligent manner and can turn his hand to almost any case’.

Similarly The Legal 500 2020 ranks Benjamin highly for Criminal Fraud and comments that "He is exceptionally bright, very hard-working and very good with clients." "Extremely impressive and very practical in his application of the law."

Benjamin studied economics to degree level and is confident in dealing with cases involving the financial markets. From 2016 to 2020 he acted for one of the former Barclays traders accused of manipulating the Euribor rate (R v P, Southwark Crown Court).

He is currently instructed for the first of three defendants accused of conspiracy to commit fraud in relation to direct payments for personal care (R v N, St Albans Crown Court), for a highly respected jeweller accused of fraud in the course of his trade (R v L, Wood Green Crown Court), and for an alleged participant in a conspiracy to launder £7.2m of fraudulently obtained payments (R v A, Southwark Crown Court).

He is also acting for the director of a company, accused of using a prohibited name following liquidation of a company contrary to s216(3) Insolvency Act 1986 (R v B, City of London Magistrates Court).

In 2019 he defended one of eight defendants alleged to have misled investors through the sale of carbon credits and diamonds in a multi-million pound ‘boiler room’ fraud (R v A, Southwark Crown Court, leading Kate O’Raghallaigh) – the trial of which collapsed due to disclosure issues surrounding the revelation of an unqualified expert.

Benjamin is frequently instructed on behalf of professional clients. He recently defended an accountant against whom allegations of fraud and forgery were dismissed following a submission of no case to answer and in whose favour a wasted costs order was made against the CPS (R v J, Southwark Crown Court). In an ongoing case he defends a company financial controller who was privately prosecuted for fraud and theft of over £1.5m (R v L, St Albans Crown Court).

Other recent cases include a Carphone Warehouse employee involved in a conspiracy to commit identity fraud against customers across the UK (R v H, Guildford Crown Court), an SFO prosecution against a defendant extradited from Malasia in relation to a £17m Ponzi Fraud (R v D, Southwark Crown Court), an accountant of a highly successful restaurant and property developing partnership facing allegations of cheating the public revenue of £8m (R v P, Southwark Crown Court), and a solicitor accused of fraudulently posing as the freeholder of properties so as to extort payments from lessees (R v M, Bournemouth Crown Court).

Benjamin also has experience in licensing matters and in cases brought by the Health and Safety Executive and other public bodies appointed to enforce safety regulations.

Benjamin has vast experience in cases relating to the most serious allegations of sexual offending, including cases attracting publicity and requiring careful and delicate conduct both in and out of court. He is also consistently instructed to provide those who have been convicted with fresh advice on appeal.

Benjamin is frequently instructed to defend cases of murder, attempted murder, and manslaughter at first instance and in advice on appeal.

Benjamin recently represented the father of three young children, accused of killing and concealing their mother; a highly complex ‘missing body’ case in which the prosecution had assembled an array of expert and circumstantial evidence through an exhaustive investigation (R v L, Woolwich Crown Court, led by Rebecca Trowler Q.C.).

In 2018 he represented a young man accused of a fatal stabbing in a park in South-East London (R v A, Central Criminal Court), and another accused of attempted murder following an attack on a sleeping relative with boiling water and a knife (R v Z, Isleworth Crown Court).

In 2017 he acted for one of two brothers accused of a revenge attempted murder (R v G, Stafford Crown Court), and defended a man who had killed his girlfriend with the infliction of over a hundred knife wounds, the issues being fitness to plead and diminished responsibility (R v A, Central Criminal Court, led by Rebecca Trowler Q.C.).

In early 2016 he led Kate O’Raghallaigh in the defence of a nightclub doorman who, along with two others, stood trial for gross-negligence manslaughter following the death of a restrained customer through positional asphyxiation (R v R, Central Criminal Court).

Later in 2016 he was led by Rebecca Trowler Q.C. in the defence of a nurse alleged to be criminally culpable for the death of a patient following a surgical procedure (R v P, Central Criminal Court). The prosecution offered no evidence following six days of legal argument on abuse of process.

Other recent notable cases include the defence of a well respected property developer embroiled in a multi-handed alleged murder of an innocent bystander at a public house on Borough High Street in London. (R v A, Central Criminal Court).

Benjamin has appeared in a number of significant terrorism cases, most recently representing a female ‘lone wolf’ who had planned a suicide attack at St Paul’s Cathedral (R v S, Central Criminal Court).

He is also currently representing a serial offender in relation to dissemination of terrorist material and encouraging acts of terrorism (R v N, Newcastle Crown Court).

He recently acted in two lengthy trials for the first of five defendants alleged to have continued in their membership of a proscribed organisation, contrary to s11 Terrorism Act 2000 (R v J, Birmingham Crown Court, leading Abigail Bright).

Benjamin has previously acted for a defendant involved in a multi-handed confidence fraud targeting retired individuals across the south of England that was dubbed the ‘Bank of Terror’ and tried at the Central Criminal Court due to alleged connections to ISIS.

Benjamin is consistently instructed to act for defendants charged with the most serious of offences across the criminal spectrum, and is specifically sought to represent individuals charged with unusual offences.

He is also representing a lorry driver accused of conspiring with three co-defendants to facilitate unlawful immigration into the UK (R v M, Newcastle Crown Court),.

Benjamin also has a wealth of experience defending activists and protestors, including Trenton Oldfield, who disrupted the 2012 University Boat Race, twenty defendants in the Ratcliffe-on-Soar power station case that gave rise to the undercover police officer scandal, and the UK Uncut activists who occupied Fortnum & Masons during a TUC rally.

In addition to first instance cases Benjamin is frequently instructed to advise on fresh appeals and applications to the Criminal Cases Review Commission, and regularly appears in the Court of Appeal. He was a contributor to Taylor on Criminal Appeals, edited by Paul Taylor.

Current cases include the appeals of twelve building workers convicted of offences following the first national building workers strike in 1972, two environmental activists who were convicted of crimes instigated by an undercover police officer, several fresh appeals for individuals convicted of sexual offences, and numerous victims of trafficking convicted without recognition of their true status.

As well as cases before the Court of Appeal, Benjamin has expertise in criminal-related judicial review, such as the quashing and remittal of a sentence due to procedural unfairness in R (on the application of Gatenby) v Newton Aycliffe Magistrates Court [2017] EWHC 3772 (Admin).

Earlier significant appellate cases have included R v Kail [2015] Crim. L.R. 359, a guideline judgment by Leveson LJ following joined appeals concerning the elements to be proved in relation to defendants who are unfit to plead.

Also, R v Henry [2014] 1 Cr. App. R. (S.) 55, in which he acted for a previously unrepresented defendant in relation to an unlawful sentence of imprisonment which was halved on appeal.

Benjamin also appeared as junior to Sarah Elliott Q.C. in Attorney General’s Reference No. 71 of 2014 [2014] EWCA Crim 1998, where they successfully protected a merciful sentence imposed upon the mother of a young baby.

Benjamin has significant experience in extradition matters, particularly those raising an issue of human rights.

In Korkosz v Circuit Court, Warszawa-Praga, Poland [2015] EWHC 698 (admin) an Article 8 challenge was based on the establishment of a new life in this country with a British academic. Cousins v Grand Instance Tribunal of Boulogne Sur Mer, France [2014] EWHC 2324 (Admin) related to the Article 8 rights of a retired woman sought for VAT offences in France, whilst AM v Spain [2014] A.C.D. 111 concerned the breach of the appellant’s young daughters’ Article 8 rights.

Benjamin has contributed chapters to Human Rights in the Investigation and Prosecution of Crime, edited by Jonathan Cooper OBE and Madeleine Colvin, and Taylor on Criminal Appeals, edited by Paul Taylor. He also regularly writes articles and presents seminars on his specialist areas of practice.


Doughty Street Chambers is proud to announce that Stephen...Read more


Doughty Street Chambers is delighted to announce that Ben...Read more 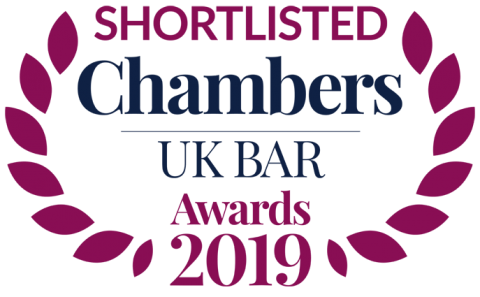