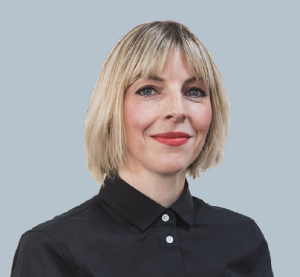 Catherine is human rights and public law specialist with particular expertise in trafficking, immigration and asylum including immigration detention.

Catherine has been recognised by the Legal 500 and Chambers & Partners in Immigration and described as:

“..highly regarded for her handling of complex cases involving trafficking, children and sexual and gender-based violence. Her broad practice has a noted focus on EU and ECHR law.”  "If I had a trafficking case I'd go to her in a heartbeat." "She is an excellent, intellectual lawyer, who grasps cases very well. “She’s completely dedicated to every single case she takes on."“A dynamic and experienced junior.” "She has a lot of energy ... works incredibly hard and pushes for the best outcome."

She has been involved test case litigation at all levels of the UK courts and both the European Court of Human Rights, and the Court of Justice of the EU in cases straddling domestic, European and international law: e.g. acting for the Claimant in PK (Ghana) on the compatibility of UK trafficking policy with the European Anti Trafficking Convention; or interventions in MA BT and Tarakhel on the best interests of the child.

She has advised UN agencies including the UNODC and UNHCR, the Council of Europe and the EU Fundamental Rights Agency in developing best practice and practitioner standards in the areas of trafficking, asylum and human rights. Prior to coming to the Bar, she worked with the Parliamentary Assembly of the Council of Europe (Committee on Refugees); UNHCR; the AIRE Centre (Advice on Individual Rights in Europe); and the Commonwealth Secretariat Human Rights Unit. She has published widely (see below) and frequently advises on public policy issues, public consultations, and lobbying on legislative issues (e.g. torts and victim support under the Modern Slavery Act, FGM in the Serious Crime Bill, legal aid and LASPO). She has lectured within the UK and across Europe (including Russia and Turkey); and has been a guest lecturer on international human rights law and EU law, on masters programmes at Essex, London South Bank and Queen Mary universities. She previously taught public law at Kings College London.

Catherine acts in appeals, judicial reviews and civil claims in all aspects of immigration asylum and refugee law. She has a particular specialism in cases involving human rights and representing particularly vulnerable groups, including victims of trafficking, victims of torture and gender based violence, children, sexual minorities and persons with disabilities.

She has been involved in ground-breaking litigation involving victims of trafficking and unaccompanied and separated children (see Administrative and Public Law above) developing the interrelationship of EU, ECHR and international human and refugee rights law. Some further examples in the context of asylum and immigration include:

She has written and lectured extensively on these subjects (see Publications below).

Catherine is an experienced practitioner and advises private individuals and organisations on all aspects of business and commercial immigration.

Catherine has a broad public law practice; and also acts in civil claims against public authorities.

Much of her judicial review work concerns public law cases involving victims of trafficking challenging a broad range of unlawful conduct by public bodies: e.g. negative identification under the NRM, defective investigations, immigration status, unlawful detention, unlawful prosecution, protection and support issues, legal aid. She also acts in civil and private law claims in these areas; and in cases where there are multiple-defendants or a number of parallel claims. She is one of a small number of practitioners nationwide with this level and breadth of experience. Some of her recent cases include:

Catherine acts for claimants and third-party interveners in public law and human rights cases in a range of contexts, e.g.:

Much of this work involves vulnerable clients or is sensitive or high-profile so Catherine is also experienced in issues concerning media and information law including data protection, freedom of information, confidentiality, reporting restrictions, anonymity, special measures.

Catherine advises across the full range of matters with a particular expertise in human rights and trafficking.

See above under Administrative and Public Law.

Catherine regularly acts in age assessment and related challenges; and in cases concerning the support and accommodation of migrants and victims of trafficking. Catherine has run several test cases on the trigger and scope of the duty to provide assistance and support to victims of trafficking. She also acts in cases concerning vulnerable children under the Children Acts.

Notable cases: See above under Administrative and Public Law.

Catherine has a specialism in advising on matters of EU, ECHR and international law. She has been involved in litigation at all levels of the domestic Courts, the European Court of Human Rights and the CJEU. See above under Administrative and Public Law.

Notable cases: See above under Immigration – Asylum and Personal and Administrative and Public Law

Catherine is on the Equality and Human Rights Commission B Panel of Preferred Counsel.


Just days before the tenth anniversary of photojour...Read more


The Lord Chancellor conceded a claim for judicial r...Read more