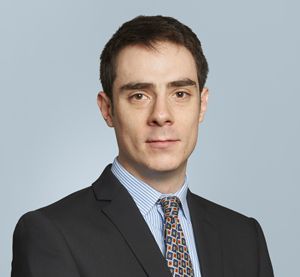 Christopher is an accomplished trial lawyer. He is regularly instructed in Multi Track trials (including civil jury trials, and trials over three, four and five days).

Christopher is instructed in high-profile cases (including, currently, on behalf of a Team GB Olympian and a well-known author) and high value/catastrophic injury cases (he is presently instructed in multiple claims with special damages pleaded at six or seven figures).

Outside of law, Christopher is a supporter of Manchester United football club and an avid cyclist, he is currently training for a three-day mountain bike race in the Alps in June.

Christopher accepts all types of personal injury work. He has particular expertise in the following areas:

Christopher is co-author of the “Liability of Public Authorities” chapter in Butterworths Personal Injury Litigation Service (available on Lexis). Because of this expertise, Christopher is often instructed in difficult claims against public authorities. For example:

Christopher is very regularly instructed in industrial disease claims, including as sole counsel in mesothelioma claims.

Reported disease cases in which Christopher was instructed include:

Christopher has considerable experience of RTA litigation, including fatal and high-value cases.

For example, in September 2019 Christopher secured a settlement of £400,000 for a claimant who had sustained multiple injuries, including spinal injuries, in an RTA. Christopher had previously represented the claimant at a two-day preliminary issue trial re: (1) the identity of the driver; and (2) the applicability of the MIB uninsured drivers’ agreements. Both issues were decided in favour of the Claimant. Christopher subsequently advised on quantum and settlement and represented the Claimant at the joint settlement meeting.

As a keen cyclist (perhaps an understatement, see his Strava), Christopher is particularly suited to representing people injured whilst riding their bikes.

Christopher’s LLM involved statistical analysis of trends in the banking sector. His mathematical literacy ensures he is regularly instructed to draft Schedules of Loss (including Schedules of Loss in cases that fall outside of his core areas of practice) and to provide advice on complex quantum/settlement.

For example, Christopher was instructed to draft the Schedule of Loss in the case of SW v the United Kingdom (App. No. 87/18), to be heard before the European Court of Human Rights.

Christopher is regularly instructed in relation to injuries sustained abroad. Ongoing cases include:

Christopher is experienced in the management of claims in which allegations of fundamental dishonesty have been made. For example:

Christopher is regularly instructed in clinical negligence disputes. Ongoing cases (some of many) include:

Christopher’s industrial disease and inquest work has allowed him to amass considerable experience of cross-examining medical professionals which is unusual for a barrister of his call and is transferable to his clinical negligence work.

For example, Christopher represented the bereaved family in an inquest into the death of a three-month-old child from sepsis with complex causation. As a result of damning findings by the Coroner, the family’s civil case was settled for its full value in the weeks following the inquest.

Other inquests in which Christopher has been/is instructed include:

Court of Protection and Mental Health

Christopher is regularly instructed to appear in s21A MCA proceedings. He has experience of instructions by local authorities, clinical commissioning groups, the Official Solicitor and professional litigation friends.

In January and February 2019, Christopher acted on behalf of P, by his litigation friend, in a 3 day final hearing of a s21A application. P lacked capacity as a result of Korsakoffs, and wished to return to his family home from a specialist placement. The case raised MM [2007] EWHC 2003 (Fam) and Re M [2013] EWHC 3456 (COP) type issues.

Other recent issues in Christopher’s cases have included: sanctions for non-compliance with a court order by a local authority, the effect of fluctuating cognitive ability on capacity to make decisions regarding care and residence; and the jurisdiction of the Court of Protection to order that a placement is in P’s best interests when the legality of P’s care plan is disputed.

Christopher regularly acts in actions against the police (as well as against private security and bailiffs). Recent cases include:

Christopher is co-author of the chapter in Butterworths Personal Injury Litigation Service covering claims against public authorities (available on Lexis). The chapter addresses various AAP issues including the Supreme Court decisions in DSD, Robinson and Michael.


Emily Basquille and her husband live in the Republi...Read more