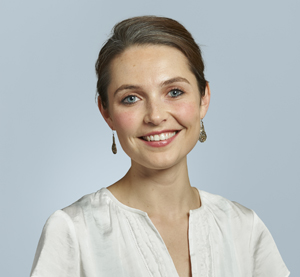 The focus of Daniella’s practice is criminal justice and mental health and capacity. In addition to a busy criminal trial and appellate practice, she undertakes work in related areas, including prison law, crime-related public law and mental health law.

Daniella is recognised for her commitment to representing vulnerable young defendants: in 2017 she was presented with the ‘Rising Star in Youth Justice’ award by the Youth Justice Legal Centre. Her pro bono work includes providing training to probation and prison staff to promote understanding of the entitlement of children and young people in custody with special educational needs to appropriate educational support and provision.

Daniella served as consultant editor for the fifth edition of Halsbury’s Laws Vol.75: Mental Health and Capacity (2021). She is regularly called upon to provide advice and representation in criminal cases where complex issues around fitness to plead, securing transfer to secure psychiatric facilities, and mental health disposals arise.

In 2016-17, Daniella was judicial assistant to Lord Mance JSC. During that time, she was closely involved in many of the leading cases before the Supreme Court and Privy Council in her current areas of practice.

Prior to joining Chambers, Daniella was a research assistant in the Law Commission’s criminal law team, where she worked primarily on reform of the insanity defence and fitness to plead procedure. She has provided research and editorial assistance for Smith and Hogan’s Criminal Law, Smith and Hogan’s Text, Cases and Materials on Criminal Law and, specifically in relation to youth justice, Blackstone’s Criminal Practice. She also volunteered as a paralegal in the strategic litigation department of Just for Kids Law, as a welfare rights worker for St Mungo’s Broadway and as a mentor for young people with learning disabilities taking part in restorative justice.

Daniella has a busy criminal practice in the Crown, youth and magistrates’ courts representing clients accused with a wide range of criminal offences. Daniella has particular expertise and interest in representing young clients and clients with mental health difficulties. Recent instructions include:

Daniella has a particular interest in representing children and young people. She combines her experience of working in schools and other educational settings with an in-depth knowledge of the law of youth justice in order to achieve positive results and to ensure the effective participation of children and young people in proceedings against them. She is a regular contributor to the Youth Justice Legal Centre’s legal guides, and delivers training to practitioners in the field. Recent instructions include:

Daniella has had considerable success in the magistrates’ court, often on the basis of legal argument:

Daniella represents clients in appeals against conviction and sentence before the Crown Court and Court of Appeal, and has appeared on a led basis before the Supreme Court, Privy Council and European Court of Human Rights. She welcomes instructions to provide written advice on the merits of appeals, as well as in relation to applications to the Criminal Cases Review Commission (where she has particular experience, through her pupillage with Richard Thomas, in relation to convictions of victims of human trafficking and convictions of refugees for identity document offences). Daniella has a particular interest in advising on whether fresh medical evidence relating to mental disorder or disability may found a ground of appeal against conviction and/or sentence.

She is a regular contributor to Doughty Street’s Criminal Appeals Bulletin.

Daniella regularly provides advice and assistance to the Death Penalty Project in cases involving the death penalty and other forms of oppressive punishment. Recent applications to the Privy Council (in which decisions as to permission are pending) have concerned:

Daniella has experience of making applications to the European Court of Human Rights in the context of criminal appeals and in related areas, including extradition. She is currently being led by Edward Fitzgerald QC in an Article 3 ECHR challenge to the extradition to the United States of an applicant who faces a real risk of an irreducible life sentence and conditions of detention that would amount to inhuman and degrading punishment.

Daniella’s interest in mental health and capacity law spans both criminal and civil cases, as well as the area of overlap between the two. Daniella has detailed knowledge of the law and procedure governing defendants’ fitness to plead and stand trial, having worked on a Law Commission law reform project on the topic. She is a consultant editor for the most recent edition of Halsbury’s Laws Vol.75: Mental Health and Capacity and contributed, along with other members of the Doughty Street mental health team, to the Bar Council’s response to the Department of Health and Social Care’s consultation paper on Reforming the Mental Health Act.

Daniella accepts instructions in the First-tier Tribunal (Mental Health) to represent detained patients. She also provides advice and representation in the context of public law challenges in a mental health context: current instructions include a case involving the failure to accept the transfer of a patient from Broadmoor hospital to a medium secure hospital. Daniella is currently instructed in a civil claim for damages under the Human Rights Act 1998 in respect of delays in bringing about a speedy review of the lawfulness of a claimant’s detention in hospital pursuant to ss. 2 and 3 of the Mental Health Act 1983.

Daniella has considerable experience in the legally and practically complex area of securing transfer from prison to secure psychiatric facilities.

Daniella is regularly instructed in Court of Protection proceedings on behalf of local authorities, private individuals and the Official Solicitor, including in respect of challenges to deprivation of liberty pursuant to s. 21A MCA 2005 and best interests decisions concerning the care, residence and treatment of individuals lacking capacity. More complex instructions have included: a challenge to the detention of P who is an alcoholic and has a diagnosis of Korsakoff's syndrome (a neuro-cognitive disorder secondary to heavy alcohol abuse); acting on behalf of the Official Solicitor in a case in which the local authority sought to prevent P from travelling abroad to marry a man she met on the internet; and a case concerning the scope of interim restrictions on a young woman’s decisions in relation to relationships, consent to sexual relations and marriage.

Daniella has acted in a number of urgent and contentious cases, including, most recently, on behalf of a local authority seeking the removal of P from a shared lives placement where she had lived from a young age following the arrest of her shared lives carer in respect of criminal allegations.

Daniella has a detailed understanding of the often complex intersection between mental health and mental capacity law. She recently advised, for example, on the scope of the Court of Protection’s jurisdiction to make orders in circumstances where a person who is the subject of personal welfare proceedings under s. 16 of the MCA 2005 is also the subject of a guardianship order made pursuant to s. 7 of the MHA 1983.

Daniella has provided Court of Protection training to caseworkers acting on behalf of the Official Solicitor, local authority solicitors and to advocates. These sessions have covered recent developments in s. 21A applications, enhancing the participation of P and instructing experts.

Daniella has experience of advising and acting in damages claims for breach of Article 5 ECHR, including in the Court of Protection context.

Daniella regularly represents prisoners before the Parole Board and has an in-depth understanding of prison law and practice. She has a particular interest in representing mentally disordered prisoners and advising in relation to transfer to secure psychiatric settings for assessment and treatment.

Daniella combines her practical experience of crime and prison law with expertise in judicial review proceedings. She represents claimants in public law claims relating to all areas of the criminal justice system, including in the context of decisions taken by the prison service, police and Crown Prosecution Service. She regularly secures the early resolution of cases involving charging decisions and the issuing of cautions, especially where such decisions have been taken in cases involving young and vulnerable defendants and in breach of the applicable law and guidance.

Recent instructions in the area of crime-related public law include:

Civil Actions Against the Police and Other Public Authorities

In light of her overlapping experience of criminal and human rights law, Daniella is well placed to advise in relation to civil claims against the police. She has experience of providing advice, drafting and advocacy in relation to a range of claims, including for false imprisonment, assault, malicious prosecution, misfeasance in public office, breaches of the Data Protection Act 1998 and violations of the Human Rights Act 1998. Recent instructions include:

Daniella has experience representing bereaved families in inquests. She has acted in inquests into the deaths of neonates following failures by healthcare staff during pregnancy and delivery, vulnerable adults in hospital following clinical negligence, and prisoners in custody.

During pupillage, Daniella assisted her supervisor Caoilfhionn Gallagher QC on an inquest into the death of a 17-year old in police custody. The jury concluded that his suicide was contributed to by an anomaly in the law which resulted in him being treated as an adult while in the police station, despite being recognised as a child by national and international legal standards.

Daniella assisted Adam Straw QC in a successful application for fresh inquests into the fire at the Stardust Disco in Artane on Valentine’s Day 1981 in which 48 young people died and 214 were injured. The Attorney General accepted that there had been an insufficiency of inquiry into their deaths at the original inquests.

Before joining Doughty Street, Daniella volunteered in schools and provided assistance in relation to the teaching of music and English as a foreign language, as well as special educational needs provision. She continues to maintain her interest in the education of children and young people by accepting instructions, including on a pro bono basis, in the First-tier Tribunal (Special Educational Needs and Disability). Daniella’s pro bono work has also included delivering training to probation and prison staff on the entitlement of children and young people in custody with special educational needs to educational support and provision both during and after detention.

Daniella has acted in matters involving challenges to statements of special educational needs and, more recently, education, health and care plans (“EHC plans”). She accepts instructions to represent children and parents in school admission or exclusion appeals before the Independent Appeal Panel. She also has experience of disability discrimination claims in an education context. Daniella’s experience in both criminal and education law means she is well placed to represent parents charged with failing to ensure the regular attendance of children at school. Recent instructions include:


After being found ‘guilty but insane’ by the Court of App...Read more


The court rejected an application by the police to impose...Read more