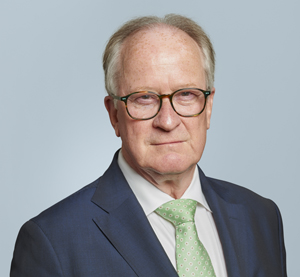 “Hislop possessed calm and charm in great measure, but could strike like a cobra.”– (2015) - Mike White, journalist and author of Who Killed Scott Guy.

An extensive career has allowed him to achieve expertise in a number of areas from murder and terrorism to the fine arts of fraud, cross border crime, money laundering and regulatory work.

Over the last three years he has specialised predominately in the defence of those charged with murder or the most serious of sexual offences.

His stellar 2019 with three consecutive acquittals for murder: R v Jason Needham (Oxford CC); R v Nyeila (Central Criminal Court); R v Daniel Fox (No.3) (Maidstone CC) has continued in to 2020 with his recent successful application to dismiss a charge of murder: R v Yusuf Yusuf (Central Criminal Court) and a Not Guilty Verdict in just over an hour by the Jury in a one punch manslaughter case in R v Mohammed Metowlli. In December 2020 after a 7 week trial his client Isaac Boylandwas acquitted of murder, two counts of s.18 GBH and conspiracy to supply Class A drugs by unanimous verdicts. His co-defendants were both convicted on all four counts.

His successes have continued into 2021: In March 2021 in R v Deliu & Stanciu on charges of murder and after the jury had been in retirement for 34 bours the jury were discharged unable to agree on their verdicts. In May 2021 in the case of Talye Olabis & Ors after 26 days of trial and 24 hours of jury deliberation at the Old Bailey, David secured the acquittal of a Tottenham man charged with the murder of Chad Gordon in May of last year. Chad Gordon was fatally shot in the head on his own doorstep in what was alleged to be a revenge killing for a knife killing three days earlier. Two other men were found guilty of murder. In June 2021, Deliu represented again in his retrial by David was finally acquitted of murder. In July and August 2021 in R v Dennis Jones a former paratrooper picked the wrong bedroom to break into when he, armed with a knife having consumed, alcohol, cocaine and steroids smashed down the bedroom door of Dennis Jones. Jones a former cage-fighter represented by David Hislop QC was acquitted of murder in under two hours by a jury at Maidstone Crown Court. 2022 has seen him securing yet another acquittal of murder in the case of R v William Hardy & Ors after an 11 week trial at the Central Criminal Court.

Known to have a particular expertise in the area of pathology and DNA. Popular with clients, he is known for his industry and ability to scythe through vast mountains of paperwork drilling down to the real issues in a case. His reputation is a persuasive jury advocate with “…a preparedness to defend the indefensible and win…”. He is regularly ranked in the Legal 500 and Chambers and Partners.

"He is a wonderful lawyer. He is hugely charismatic, massively persuasive and devastatingly effective. Nothing is impossible with David on your side." - Legal 500 2021, Crime

"David is incredibly versatile. He is able to apply his formidable mind to an array of complex situations and he is able to instil justified confidence in his team. His written advices are particularly helpful although he is extremely good in client conferences as he adapts well to his variety of clientele. Best of all, he is magnificent on his feet commanding respect from the courts he addresses. The opposition should be nervous if David is instructed. His preparation is meticulous and ingenious. David is respected and admired by clients and professionals alike."- Legal 500 2022

"David Hislop QC is a sought-after silk with an extensive career at the general criminal Bar. He is particularly experienced in representing clients involved in multi-handed homicides in the context of organised crime." Strengths: "A fine cross-examiner and loved by juries." - Chambers & Partners 2022

David is a senior member of our Business Crime and Investigations Team and is a recognised specialist in white-collar crime. He has extensive trial experience in cases of Serious Fraud, Money Laundering, MTIC fraud, Insider Trading and Banking Fraud. He has recently trained officers from the National Crime Agency in aspects of money laundering and expert evidence. He has had notable successes in defending those charged with money laundering offences including most famously one of the Meghrabi brothers in the notorious Operation Aloof; 2017: R v Moore & Ors (Share fraud)

David regularly appears for Appellants in the Court of Appeal both on matters of conviction and sentence. Recent notable successes in the Court of Appeal include: R v Seeveratnam & Ors: S was convicted of murder in 2002, the then trial counsel (QC) advised that there was no grounds of appeal. David Hislop QC was instructed to give a second opinion. Counsel advised that there were grounds of appeal. The murder conviction was over turned in the Court of Appeal and a retrial was granted. Counsel conducted the retrial. S was acquitted of murder but found guilty of manslaughter. Counsel advised that an appeal should be lodged. On appeal to the Court of Appeal the manslaughter conviction was over turned. Other notably cases in the Court of Appeal: R v Rahim & Ors (2018) Rape & Grooming; R v Joyce & Anor (2017) Diminished Responsibility; R v Johnson & Ors (2017) Joint Enterprise; R v Hasnat (2013) – Rape – Fresh Evidence; R v Manzoor (2013) – Firearms; R v Semaj (2012) – Murder –Fresh Evidence; R v Al-Soltan & Al-Fahad - Murder [2010]; Attorney General's Reference 50 of 2009 R v Haslam (Jonathan); R v Shirley (John Roy) [2009]; R v Biggs - Child Cruelty [2009]; R v Kearns - Rape [2009]; R v Xhepmetaj – Rape [2009]. R v Lundy - Privy Council - (2013) appeal of double murder appeal (Read More). Privy Council described the case for the Appellant to be "closely and persuasively argued."

The author of the Fraud section on West Laws On-Line Encyclopedia for several years. He was a contributing author to The Practitioners Guide to the Law and Regulation of Financial Crime providing specialist chapters on Bribery and Corruption and Search Warrants and Production Orders. He has also authored a number of specialist articles on money laundering, banks, SARs and their customers, restraint orders, consumer protection legislation and insider trading.


Obtaining bail on a charge of murder is rare these days b...Read more


After 26 days of trial and 24 hours of jury deliberation ...Read more