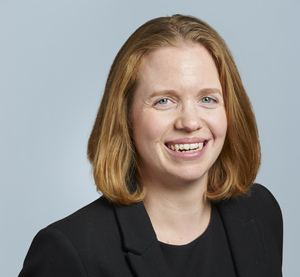 ‘A "rising star" in the immigration field, known for her skill in matters involving vulnerable individuals, such as unaccompanied children. She acts in a range of asylum and deportation appeals, and is experienced in bringing complex challenges through judicial review.
Strengths: "She has a very strong tactical focus and is an excellent technical lawyer."’

Marisa is a public law practitioner specialising in immigration law and community care law with particular expertise in working with very vulnerable clients such as those with complex disabilities; minors; victims of torture including sexual violence; and victims of trafficking and exploitation. She represents clients in applications for judicial review, including systemic challenges challenging policies and/or practice, Children Act 1989 claims, claims related to modern slavery, asylum support accommodation, unlawful detention, age assessment; and in statutory appeals.

She is repeatedly praised for her written work with one judge observing:

‘Ms. Cohen’s skeleton argument was exemplary. It is because its content and format were so clear and concise that sizeable parts of it have found their way into this determination.’

Marisa enjoys working with clients from an early stage of a case through to its conclusion and is happy to regularly advise on queries relating to evidence, procedure and tactics.

Marisa has a particular interest in challenges raising procedural fairness, whether, for example, due to failures by the Secretary of State for the Home Department in its decision-making process; failures by a court or tribunal to adopt a fair procedure; or as a result of a failure to comply with the public sector equality duty, particularly where the case concerns very vulnerable clients. She acted for the Appellant in AJ (s 94B: Kiarie and Byndloss questions) [2018] UKUT 115 which concerned the proper approach to out-of-country deportation appeals heard in the First-tier Tribunal prior to the handing down of the Supreme Court judgment.

Marisa’s immigration practice includes complex asylum claims; immigration appeals involving minors; trafficking and exploitation; deportation and in particular where the offending was committed as a minor; EEA law; and bail applications.  She has an extensive judicial review practice including challenges in respect of unlawful detention; fresh claims; certification; and trafficking.

Marisa has provided advice in relation to business immigration matters and successfully represented appellants before the Immigration and Asylum Chamber.

Marisa practises extensively in judicial review and increasingly deals with cases involving complex procedural errors of law on the part of the Secretary of State for the Home Department. Marisa can advise on all procedural matters and tactics in relation to judicial review.

Marisa regularly acts deals with challenges under the Children Act 1989 and the Immigration Act 2016 including challenges on behalf of children with disabilities and their carers and age assessment challenges.  Marisa is particularly well-placed to advise on community care entitlement for those who lack regularised immigration status and/or their children.

Marisa regularly deals with cases involving homelessness appeals; challenges in respect of interim accommodation pursuant to the Housing Act 1996, as amended; public law defences in claims for possession; and the application of the Equality Act including the public sector equality duty. Marisa also specialises in housing law and in particular, community care, homelessness, defending claims for possession, anti-social behaviour, and the application of the Equality Act.


In AJ (s 94B: Kiarie and Byndloss questions) Nigeri...Read more