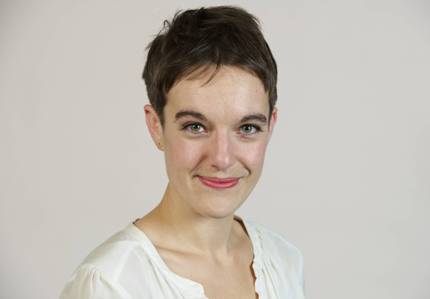 As a barrister, Martha specialised in public law and civil claims against public authorities, with a particular focus on access to justice, children and women’s rights, and the rights of prisoners and immigration detainees. She has worked on cases at all levels, including before the Supreme Court, the European Court of Human Rights, the UN Human Rights Committee and the UN Committee on the Elimination of Discrimination Against Women. Martha’s strategic litigation work included challenges to the legal aid cuts and to the treatment of mentally ill people in detention. She has acted for organisations such as the Howard League for Penal Reform, Mind, Medical Justice, Just for Kids Law and Bail for Immigration Detainees in test cases brought to change law and policy.

Martha was shortlisted for the Legal Aid Lawyer of the Year award in 2014 and 2016 and she is ranked in Chambers and Partners 2016, where she is described as displaying "a tenacity and assertiveness far beyond her years". Before joining Liberty Martha was also a member of the Equality and Human Rights Commission panel of specialist counsel.

Martha is the author of Freedom to Write: A User's Guide (English PEN: 2012), a contributing editor of Rights and Freedoms (Halsbury’s Laws: 2013), a contributor to Disabled Children (Legal Action Group: 2016) and a contributor to the forthcoming Police Misconduct (Legal Action Group). From 2009 - 2014 Martha was the assistant editor of the European Human Rights Law Review and she regularly writes for Legal Action, the Solicitors’ Journal, INQUEST magazine and the European Human Rights Law Review. She is a founding member of the Mental Health in Detention Action Group, an advisory board member of Halsbury's Laws and a trustee of Medical Justice and the Centre for the Study of Emotion and Law.

In 2012 Martha was judicial assistant to Lord Justice Maurice Kay, Vice-President of the Civil Division of the Court of Appeal. She then joined the mental health charity Mind as in-house counsel, before moving to the Public Law Project, where she ran a unique access to justice project designed to challenge the worst excesses of the legal aid cuts.

Martha has a broad claimant public law practice with a particular focus on prison, immigration detention, community care, mental health, police and inquest judicial review claims. Martha’s work as a barrister at the Public Law Project gave her significant experience of judicial review claims, particularly those with a strategic aim. Much of Martha’s public law work concerns vulnerable adults and children and she has a particular interest in issues relating to mental health in detention and access to justice.

Martha has acted for claimants and interveners in judicial reviews across a range of areas raising diverse human rights issues, including:

Martha represents claimants in civil actions against the police and public authorities, including claims for false imprisonment, assault, malicious prosecution, misfeasance in public office, breaches of the Data Protection Act, discrimination and violations of the Human Rights Act, as well as challenges to the IPCC. Martha also has particular expertise in bringing claims for police failures to investigate crimes, including rape and historic sexual abuse. She has experience of High Court and County Court civil trials, including Laporte and Christian v Commissioner of Police of the Metropolis [2014] EWHC 2363; [2014] EWHC 3574; and [2015] EWHC 371 (led by Phillippa Kaufmann QC).

Martha is regularly instructed in private and public law claims against the Home Office for the unlawful detention of immigration detainees and she has particular expertise in detention cases involving mental health and mental capacity issues. She acted for the Claimant in VC v Secretary of State for Home Department [2016] EWHC 273, which established that there is a systemic risk of unfairness and a systemic risk of breaches of the Equality Act 2010 when incapacitated people are detained, such that the Home Office may be required to appoint independent advocates to represent their interests. Martha also represented Mind and Medical Justice (led by Dinah Rose QC) in their intervention in the Court of Appeal case of Das v Secretary of State for the Home Department [2014] EWCA Civ 45, which provided positive guidance on the interpretation and application of the Home Office policy on detaining people with mental health problems.

Martha also has extensive experience of representing bereaved families in statutory, common law and human rights claims against the police, prisons, psychiatric hospitals and the immigration authorities, and she undertakes private law claims on behalf of prisoners against the prison authorities.

Martha is ranked in Band 2 as an up and coming practitioner by Chambers and Partners 2015 in inquests and public inquiries. The feedback includes:

"She worked extremely hard, and gave a better performance than more experienced advocates working on the case."

"She is very intelligent. In the inquest she was excellent, and the jury liked her and her approach."

Martha has extensive experience of representing bereaved families at inquests, including Article 2 inquests. She has been instructed in a number of lengthy and complex inquests across a range of areas, including Rabone-type inquests into deaths of vulnerable children and adults in the community, inquests arising out of restraint deaths, deaths in psychiatric care and domestic homicides. Martha also has extensive experience of representing bereaved families in statutory, common law and human rights claims against the police, prisons, psychiatric hospitals and the immigration authorities.

Martha has experience of bringing judicial review challenges to coronial decisions, including decisions on whether Article 2 is engaged. Martha also has experience of successfully judicially reviewing the Legal Aid Agency’s refusal to provide funding in both Article 2 and public interest inquests.

Martha has acted for claimants and interveners in a diverse range of prison law challenges, including:

Martha has a broad claimant community care practice. She has experience of acting for destitute families, families with no recourse to public funds, care-leavers, disabled children and their parents and vulnerable prisoners and immigration detainees. Martha’s work at Mind and the Public Law Project has given her an in-depth knowledge of community care judicial review at all levels and she is adept at running human rights arguments in these cases. Martha’s community care work includes acting for Mind (led by Kate Markus) in SL v Westminster City Council [2013] UKSC 27 on the proper construction of “care and attention” under s21 National Assistance Act 1948.

Martha regularly undertakes Court of Protection cases on behalf of individuals and local authorities. She has a particular interest in Court of Protection cases raising human rights and public law issues and she was instructed to represent Mind and the National Autistic Society in their intervention in the seminal case of P v Cheshire West and Chester Council and P and Q v Surrey County Council and Others[2014] UKSC 19.

Prior to joining Doughty Street Martha was in-house counsel at the mental health charity, Mind, where she gained in-depth knowledge and experience of mental health and mental capacity law, policy and practice. Before her time at Mind, Martha worked for the Mental Disability Advocacy Centre in Hungary, for whom she continues to undertake pro bono work on mental health litigation before the European Court of Human Rights.

Martha’s human rights work extends to international human rights law. She has been instructed in cases before the UN Committee on the Convention for the Elimination of All Forms of Discrimination Against Women and the UN Human Rights Committee. In addition, Martha has advised individuals and organisations on taking complaints to the UN Committee on the Convention on the Rights of Persons with Disabilities and she has provided human rights training to the judiciary in other jurisdictions, particularly in Eastern Europe.

Martha has a particular interest in freedom of expression and open justice issues.She provides pre-publication advice to the Guardian, the Observer, the Times, the Sunday Times and the BBC and has worked with the Media Lawyers Association on open justice issues. Martha has been instructed in a number of defamation claims on behalf of the media and she is the author of Freedom to Write: A User's Guide (English PEN: 2012), which offers guidance and advice to journalists, bloggers and campaigners on free expression issues.

Adam Wagner to give evidence to Parliament on human rights enforcement