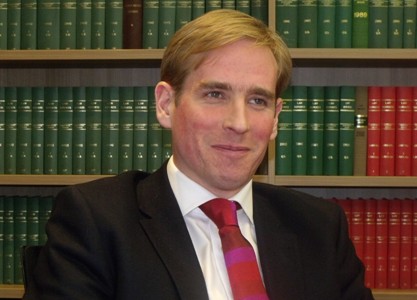 Paul Harvey has been a lawyer in the Registry of the European Court of Human Rights since 2005.  He is currently on sabbatical leave from the Court. At the Court, he has worked primarily on cases against the United Kingdom involving counter-terrorism, criminal procedure and sentencing, extradition, immigration and mental health.

A summary of cases can be found in the drop down area at the bottom of this page.

Requests for interim measures under Rule 39 of the Rules of Court, particularly in immigration and extradition cases, are also a particular area of expertise, since between 2008 and 2012 Paul coordinated the taskforce dealing with such requests filed against the United Kingdom.

Paul regularly speaks and writes on the Convention.

Recent talks and lectures include:

He is also a contributing author to Harris, O’Boyle and Warbrick, Law of the European Convention on Human Rights (third edition forthcoming).

He also participates regularly in Council of Europe/UNHCR training seminars throughout Europe, particularly in the former Soviet Union and principally in the fields of immigration and criminal procedure (including extradition).