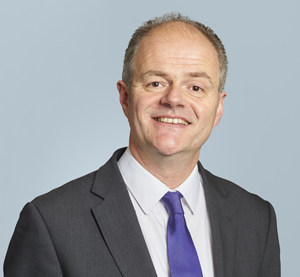 Prior to being called to the Bar, Phil Haywood qualified as a solicitor and worked as a Legal officer at the Refugee Legal Centre. His practice encompasses advocacy and representation at all levels, including the Immigration Tribunals, where he has represented in numerous cases, and the Administrative Court and Court of Appeal.

He is recommended by the Legal 500 and Chambers and Partners as a leading junior in Immigration and Nationality law.and accredited under the Public Access scheme.

Phil Haywood’s practice encompasses advocacy and representation at all levels, including the Immigration Tribunals, where he has represented in numerous cases, and the Administrative Court and Court of Appeal.

Phil has a detailed knowledge of the procedure and case law of the European Court of Human Rights, and has been involved in a number of cases involving challenges to the Governments of the United Kingdom and Russian Federation. His cases have included Onur v United Kingdom [2009] ECHR 289, and SL v United Kingdom (42923/08), where the Court indicated an intention to re-examine its earlier decision in NA v United Kingdom [2008] ECHR 616, concerning the position of Tamil asylum seekers on return to Sri Lanka. He recently contributed to an amicus brief presented to the Inter-American Court of Human Rights in the case of Valentina Rosendo Cantu et al v the United States of Mexico (Case No.12.579).

He has represented clients who have claims based on their sexual orientation or because of gender based persecution, and in claims made on the basis of HIV status. He has a particular interest in representing appellants who are facing deportation or removal on the basis of exclusion from the protection of the Refugee Convention, and has acted for a number of clients who have faced allegations of involvement in the support for terrorism abroad, or raising national security considerations.

Phil also has experience in bringing challenges to unlawful detention, and in advising in cross over areas, such as family law proceedings.

He has trained regularly on a wide range of immigration related issues. He represented the Council of Europe as an expert at seminars in the Russian Federation, lecturing to lawyers and to judges of the Chechen Supreme Court, and at a seminar for European Ombudsman in Italy.

He contributed to the Blackstones Guide to the Asylum and Immigration Act (Oxford University Press, 2004) and is a contributor to the Butterworths Immigration Law Service, for which he is in the process of completing a fully annotated guide to the Immigration rules.

Phil has considerable experience of advising and representing colleges bringing challenges in the Administrative Court to the suspension or revocation of their sponsor licences under Tier 4 of the Points Based Managed Migration System.

Phil has acted for a number of clients who have faced allegations of involvement in the support for terrorism abroad, or raising national security considerations.


The Home Office was seeking to deport Mr Adoboli, a forme...Read more

Publications
Title
Blackstone's Guide to the Asylum and Immigration Act 2004