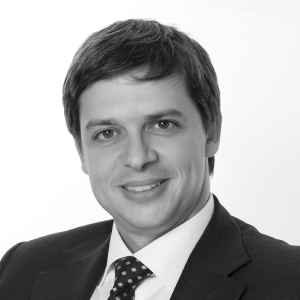 Professor Andrea Saccucci is an internationally acknowledged practitioner and academic with special expertise in human rights, public international law, EU law, extradition, immigration law, and international arbitrations. He qualified as an attorney in Italy in 2001 where he was called to the Rome Bar in 2002. As from 2013, he is qualified to appear before higher jurisdictions (as the Constitutional Court, the Supreme Court and the Council of State).

Andrea Saccucci’s records in human rights litigation are particularly remarkable. He has been instructed in hundreds of cases before national and international judicial and quasi-judicial bodies in many different areas (such as extradition, fair trial in civil and criminal proceedings, detainees’ rights, refugee rights, property rights, immigration law and statelessness, discrimination, freedom of expression and association, etc.).

In his capacity as a human rights lawyer with an established experience in the field of criminal matters, Andrea Saccucci has been involved in some among the most high-profile and politically sensitive judicial cases brought before European Courts or other international human rights bodies over the last decade. Notably, he represented or still represents before the European Court of Human Rights a number of former Italian Ministers, Members of Parliament and politicians, including former Prime Ministers and Heads of State. He has also acted as counsel or co-counsel in many landmark cases before the Grand Chamber of the European Court, such as Hirsi Jamaa and others v. Italy [GC], 23 February 2012, concerning the Italian push-backs to Libya of sea migrants of African origin, G.I.E.M. and others v. Italy [GC], 28 June 2018, concerning the confiscation of properties in the absence of a formal conviction, and Berlusconi v. Italy [GC], 27 November 2018, concerning the stripping of parliamentary mandate.

Andrea Saccucci developed an unrivalled experience in dealing with mass human rights claims process before domestic and international courts, notably before the European Court of Human Rights. He brought several collective actions for “systemic human rights violations” (concerning for examples blood infected products, detention conditions, employment disputes, environmental disasters or vast scale water pollution), which, in some cases, lead to the adoption of a pilot judgment (such as, for instance, Kuric and others v. Slovenia [GC], 26 June 2012, concerning the erasure of over 25.000 former Yugoslav nationals form the register of permanent residents of Slovenia in 1992).

Andrea Saccucci has also acted as counsel in several international law and transnational disputes, national and international arbitrations (including ICSID and UNCITRAL), recognition and enforcement of foreign judgments and arbitral awards, internet defamation disputes, immigration and extradition. He has been instructed also by Governments to act in extradition proceedings before national courts and he appeared several times as an expert before UK courts in extradition matters.

Since 2000, he carried out over 30 missions as an expert of the Council of Europe, of the European Union and of the OSCE in many European States (especially, the Balkans and Eastern Europe).

In 2012, he received from PILnet (The Global Network for Public Interest Law) the European Pro Bono Award for Exemplary Partnership in the Public Interest, together with the Peace Institute of Ljubljana, for the team’s exceptional efforts on behalf of the erased people of Slovenia.

In 2018, he received the Top Legal Award for international litigation.

Andrea Saccucci is the author of many publications in the field of international law and human rights; he is editor-in-chief of the review I diritti dell’uomo, cronache e battaglie, as well as member of the editorial board of the review Diritti umani e diritto internazionale.

Articles and books include the following:

• The Protection from Removal to Unsafe Countries Under the ECHR: Not All That Glitters Is Gold, in Questions of International Law, 2014, p. 3 ss.

• Nato’s bombing in Yugoslavia under international scrutiny: issues of jurisdiction and procedure before the ICJ, in Italian Yearbook of International Law, 2000, p. 181 ss.