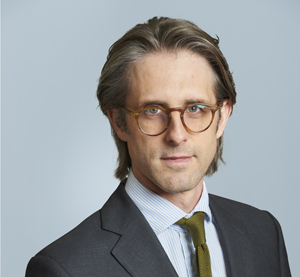 "A real powerhouse in the courtroom … He is regularly instructed in extremely complex cases that attract significant media attention, including those relating to terrorism and … corruption … He is an excellent tactician, and looks at every possible angle when preparing a client’s defence. ” - Chambers and Partners, 2020 (Band 1)

“Highly regarded … incredibly articulate and bright” and “extremely user-friendly”. He “has a fierce intellect and there is no doubt he is destined for great things”. - Chambers and Partners, 2019 (Band 1)

"Super intelligent, quick-thinking and a man respected by Crown Court judges … He is an extremely thorough and conscientious lawyer … highlighted for his ability to talk to clients at a level they can understand"… - Chambers and Partners, 2018 (Band 1)

He is super intelligent, very client-friendly and has the respect of the court.” - Legal 500, 2017

“An absolutely fantastic junior who was described by one impressed commentator as ‘one of the best junior counsel at the Bar’ ... So clever. He's great on the law and the speed at which he comes up with things is just fantastic." - Chambers and Partners, 2017

“He handles a range of matters including sensitive terrorism trials, and war crimes, murder and serious fraud cases ... He is a very bright advocate who knows the law inside out. You have to be on your toes when against him as he is a daunting prospect for any advocate ... solicitors appreciated his effective advocacy style and collaborative approach and found he is very easy to work with, extremely bright, extremely talented, down-to-earth and a good team player."  - Chambers and Partners, 2016

He has a substantial Crown Court trial practice but is a versatile advocate and in recent years has received instructions in the Court of Appeal, Privy Council, Supreme Court, the European Court of Human Rights, and the Administrative, Queen’s Bench and Chancery Divisions of the High Court. Richard is also regularly instructed in cases in other common law jurisdictions, predominantly in the Eastern Caribbean, but also Malaysia, Hong Kong and the Isle of Man.

Richard is a Recorder of the Crown Court sitting in crime on the South Eastern Circuit and has also been appointed a Deputy Judge of the Upper Tribunal.

Richard is instructed for the defence in terrorism trials and related extradition, financial and SIAC proceedings. These cases are exceptionally complex and politically sensitive, involving multi-jurisdictional investigations, the involvement of the security services, and highly resourced prosecution teams. Richard has significant experience of challenging the various experts relied upon by the Crown and of the political and theological issues that arise.

Richard has extensive experience of homicide cases, both at trial and on appeal.

Richard has been instructed in substantial fraud and money laundering trials and related confiscation proceedings. In addition, he has experience of the interconnected civil proceedings relating to asset forfeiture and the proceeds of crime and has been instructed in this regard in cases in the Administrative Court, the Chancery Division and the Court of Appeal Civil Division. He has been instructed in numerous applications for certificates of inadequacy, in management and enforcement receivership proceedings in the High Court and regularly appears for respondents in civil cash forfeiture applications made by the Metropolitan Police and Revenue and Customs. Richard is recognised by Legal 500 to be a leading junior in the field of fraud and he is co-author of the Blackstone's Guide to the Proceeds of Crime Act 2002 (OUP 2015, 5th ed.). Instructions include:

As a trial advocate, Richard has been instructed in cases of attempted murder and other allegations of serious violence, the importation of Class A drugs, and rape and other sexual offences. He is a contributing author to Human Rights in the Investigation and Prosecution of Crime (OUP, 2009).

Richard has a substantial appellate practice and has been involved in many appeals against conviction and sentence to the Court of Appeal as well as the House of Lords, Supreme Court, Privy Council and European Court of Human Rights. Reported judgments have described his appellate advocacy as “a model of an appeal before these courts” (Fulford LJ, Wang) and “a model of clarity” (Carr J, Kelly).  He also has significant experience of applications to the Criminal Cases Review Commission. He is regularly instructed at the appellate stage and reported cases in which he has been involved have addressed issues including constitutional arguments, abuse of process, Article 6 ECHR and reverse burdens, the incorporation of international human rights instruments and sentencing guidelines. He is a contributing author to the second edition of Taylor on Appeals (OUP, 2012)

Examples of his previous cases are:

Richard advises and appears in challenges by way of judicial review or case stated to decisions made relating to criminal justice. This includes challenges to investigative measures and interlocutory rulings in the early stages of a prosecution. He is also currently involved in a number of innovative private law claims in which clients are seeking damages arising from misfeasance in public office and wrongful prosecutions.

Recent cases include challenges by way of judicial review to a decision by an enforcing court not to adjourn the application for a warrant of committal; to the decision of a court to issue a summons in a private prosecution against a solicitor; against the issuing of witness summons to a private prosecutor which resulted in disclosure of confidential financial documentation; against a regulator for using improper procedure when withdrawing a licence; to the decision to prosecute a victim of trafficking and to the decision not to prosecute the alleged perpetrator of a sexual offence; to the CCRC’s decision not to refer a murder conviction to the Court of Appeal; and to the decision of the Central Criminal Court to aware costs against a defendant acquitted of conspiracy to murder.

Richard appears for military personnel charged with criminal offences both in the UK and when serving abroad, particularly Germany. He has experience of cases involving offences committed shortly after returning from operational service and issues surrounding whether the army have properly managed that return and the impact that tours in Afghanistan and Iraq had on the offending behaviour. He has been instructed to defend Army and RAF personnel charged with violent and sexual offences as well as the military offences of AWOL and desertion.

Richard has been instructed in cases in, and appeals to the Privy Council from, Grenada, Turks and Caicos, Trinidad and Tobago, Bermuda, the Bahamas, St Vincent, the Grenadines, the British Virgin Islands, Malaysia and Hong Kong, and appeared in the final criminal appeal to the Privy Council from Belize. He has wide experience of working collaboratively with local lawyers and has a significant advisory practice in those jurisdictions. He has advised organisations operating in conflict zones globally as to the impact their activities may have on counter-terrorism and financial sanctions regimes. He has also represented a UK citizen who had been incarcerated in Laos for six years and negotiated, through the FCO, his transfer to the UK.

Richard advises the print and broadcast media in relation to potential criminal liability arising from both the process of the investigation and the publication or broadcast. His experience as a criminal practitioner in high profile criminal trials attracting significant media interest allows him to give practical and robust advice. He has particular experience in counter-terrorism legislation. Richard was instructed in both the Crown Court and Court of Appeal proceedings in the first criminal trial be held largely behind closed doors (Guardian News and Media Ltd & Ors v Incedal (2014) EWCA Crim 1861 and has recently appeared in another lengthy terrorism trial at the Central Criminal Court in which parts of the case are in camera.  It follows he has a good knowledge of the law relating to reporting restrictions and the open justice principles.


Doughty Street Chambers is thrilled and proud to announce...Read more