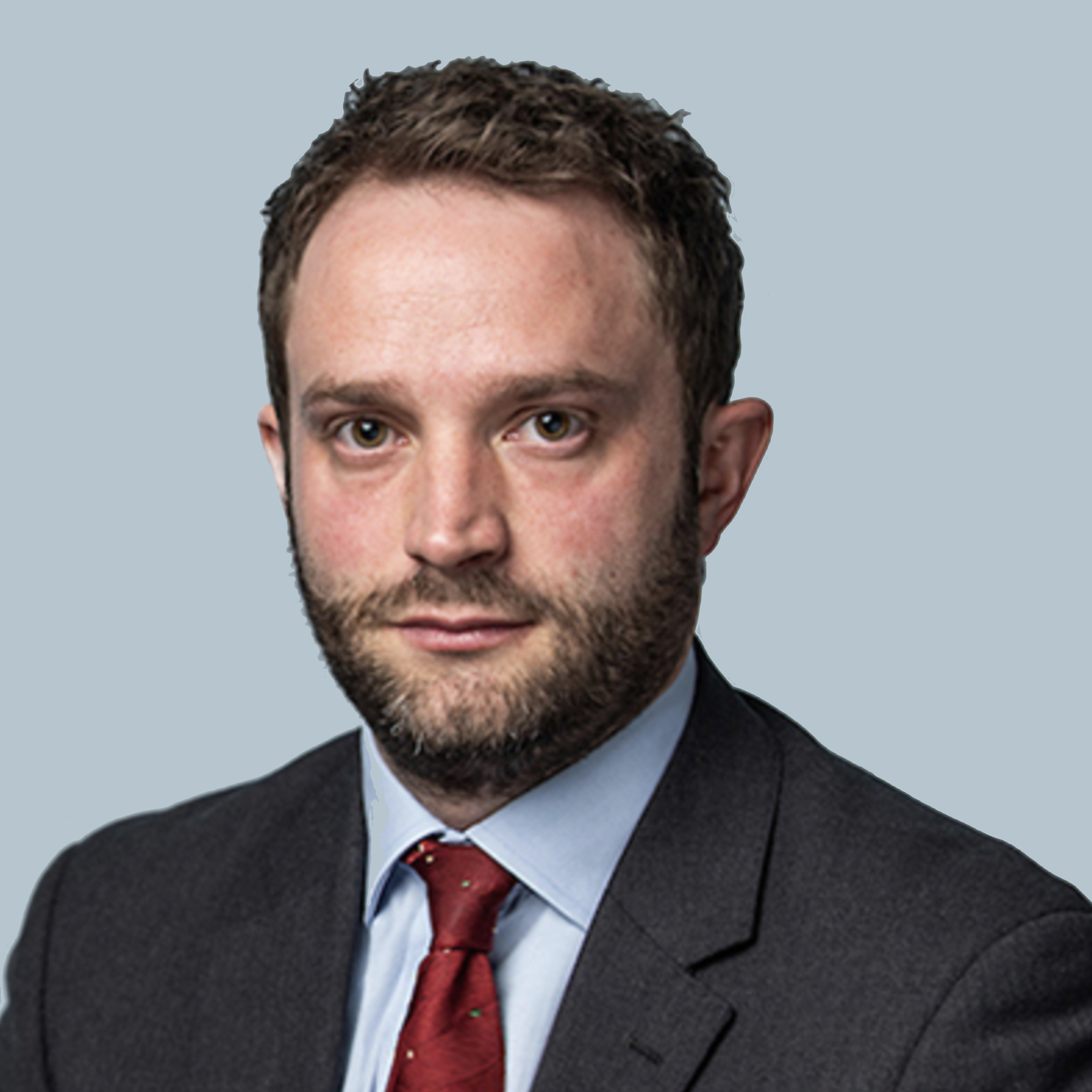 Tom has a particular focus on complex inquests and inquiries.

Alongside his work at the Bar, Tom is an Assistant Coroner, and an Associate Lecturer in postgraduate media law at Goldsmiths College, University of London.

Prior to coming to the Bar, Tom worked for a number of years as a political adviser and speechwriter in Westminster, and on the 2008 Obama Presidential campaign. Tom has also worked as a volunteer caseworker at the Free Representation Unit.

"Highly committed and knowledgeable on actions against the police. An excellent advocate and inquest specialist." "He's tenacious, and makes sure he gets absolutely everything out of a case." - Chambers & Partners 2021 (Police Law: Mainly Claimant)

"He's likeable and relatable, which clients respond to, and has a great understanding of deprivation of liberty points." - Chambers & Partners 2021 (Police Law: Mainly Claimant)

"Committed, hardworking, easy to work with and the best courtroom advocate I’ve instructed. Inspires huge confidence in clients, gets respect from the court and strikes fear into the hearts of opposing counsel." - Legal 500, 2021 (Inquests and Inquiries)

"His main strength is his advocacy – he produces the quality of advocacy you'd expect to hear in a criminal court." - Chambers & Partners 2020 (Inquests and Inquiries)

"It's difficult to find counsel with his mix of intellect and ability to be clear and forceful. His background in crime helps clients feel confident in his representation of them." - Chambers & Partners 2020 (Inquests and Inquiries)

Tom is regularly instructed to represent bereaved families at Article 2 inquests, with a particular focus on deaths in state custody, mental health and psychiatric detention, and following police contact. Tom has acted in a number of high profile cases including the Hillsborough inquests and Birmingham Pub Bombings (1974) inquests.

In 2019 Tom was appointed as H.M. Assistant Coroner for the Luton and Bedfordshire area.

Tom is ranked as a leading barrister in this area of work, is an active member of the INQUEST Lawyers Group, a frequent contributor to Inquest Law and Legal Action, and undertakes training on coronial law.

Hillsborough Inquests
Instructed as junior counsel to ten of the bereaved families in the fresh inquests arising out of the Hillsborough stadium disaster. Following the longest-running inquests in British legal history, the jury concluded that the ninety-six men, women and children who lost their lives on 15 April 1989 were unlawfully killed.

Birmingham Pub Bombings (1974) Inquests
Acted as junior counsel to a number of the families who lost loved ones in the 1974 IRA bombing of two pubs in Birmingham which killed 21 people and injured 220.

Sean Rigg Inquest
As junior counsel to Leslie Thomas QC, represented the family of Sean Rigg in an eight-week death in custody inquest before a jury at Southwark Coroners Court, which gave rise to a verdict which was highly critical of the care, treatment and restraint of a mentally ill man by the Metropolitan Police and NHS. The case led to the first independent inquiry by the (then) IPCC into one of its own investigations, and has been called “a watershed moment for the police service and the IPCC”. The case has since informed the government’s Independent Review into Deaths in Custody, the introduction of CCTV cameras in police vans, and led to the prosecution of a police officer for perjury in relation to evidence given during the inquest.

The Undercover Policing Inquiry
Represented a group of current and former Labour party elected representatives, including senior Parliamentarians and a former London Mayor, in the public inquiry into undercover policing operations which targeted political and social justice campaigns.

Natasha Abrahart Inquest
Represented the family of a vulnerable young woman who took her own life while a student at Bristol University, leading to a conclusion of neglect regarding her mental health care and treatment. The case was the subject of a BBC documentary.

Sheldon Woodford Inquest
Represented the family of a young man who took his own life in prison, in which the inquest jury returned a highly critical narrative conclusion, finding that lack of staff, training and consistent care had led to a failure to spot obvious patterns of risk and contributed to his death.

Ondrej Suha Inquest
Acted for the family of a 19 year-old man who took his own life in prison after being told, just before being locked into his cell, that he would be deported – despite having lived in the UK since he was four years old.

Catherine Horton Inquest
Represented the family of a woman who took her own life after being allowed to abscond from psychiatric detention, leading to a jury returning a damning conclusion – finding that neglect and gross failures in care contributed to her death.

Sam Alexander MC Inquest
Acted pro bono for the father of a young, decorated Royal Marine killed in controversial circumstances in the war in Afghanistan – a case in which important lessons were learned regarding training and equipment.

Claims Against the Police and Public Authorities

Tom is regularly instructed to represent claimants in the full spectrum of civil actions against the police, prisons and other public authorities, including tort and personal injury claims, human rights and data privacy.

Tom is ranked as a leading barrister in this area of work, is an active member of the Police Action Lawyers Group, and has acted pro bono for Bail for Immigration Detainees.

Tom has a busy practice acting and advising in the Court of Protection. He regularly accepts instructions from the Official Solicitor, family members and Local Authorities in respect of property and affairs, health and welfare and deprivation of liberty matters, in which Tom has experience in complex cases.

Tom is an Associate Lecturer in the postgraduate Media Law and Ethics course at Goldsmiths College, University of London at the Department of Media and Communications.

Tom regularly gives pre-publication legal advice at the Guardian and Observer newspapers, and is developing a practice in the areas of libel, data protection, privacy and breach of confidence, as well as in reporting restrictions and anonymity orders.

Tom represents prisoners in human rights claims and judicial review proceedings against the Parole Board and Ministry of Justice – including a recently successful claim against a Prison Governor’s failure to organise releases on temporary licence.

Tom has also represented prisoners in adjudication and other hearings and before the Parole Board.

Tom has a particular interest in protest and civil liberties. Tom has defended a wide range of individuals and groups in criminal proceedings following in public demonstrations, including a group of the Dale Farm protesters and legal observers – helping to ensure their prosecutions were dropped – and in high-profile protests against G4S. Tom also regularly acts in civil proceedings involving protesters.

Tom is passionately committed to ending the death penalty wherever it exists, and has written for The Guardian on the subject. During the summer of 2011, Tom spent three months with Malawi’s Legal Aid Department (supported by the Centre for Capital Punishment Studies), helping to defend people accused of capital crimes. Tom also co-founded a project training and supporting Malawian law students to prepare bail applications and mitigation for prisoners on death row – many of whom have spent years in pre-trial detention.

Tom was in Malawi during the widespread 2011 political protest against the government there, and worked with the Bar Human Rights Committee in legal and human rights observations there.

Tom has defended in trials (and a wide range of other hearings) in the Crown Court, as well as the Magistrates’ and Youth Courts (where Tom has dealt with complex issues involving capacity and fair participation).

Tom has defended and advised requested persons at all stages of the extradition process, from first appearances through to final hearings and appeals in the High Court, in cases involving a wide range of human rights and public law issues.

Tom is passionate about access to justice, and is a Trustee at Hackney Community Law Centre.

He was a legal adviser at Toynbee Hall's Free Legal Advice Centre in London's East End for a number of years, giving free legal advice regarding police complaints, claims before the Criminal Injuries Compensation Authority and other social welfare law. Between 2009-10 Tom was a residential volunteer, living at the Toynbee Hall settlement and working in free legal advice and services for young people, for which he was Highly Commended in the Attorney-General's Pro Bono Awards 2010.


The inquests into the deaths of Anthony Walgate, Gabriel ...Read more


The inquests into the deaths of Anthony Walgate, Gabriel ...Read more

Associate Member of the Royal Society of Medicine