Adam Wagner acted for Sarah Jayanetti, the partner of Keethswaren Kunarathnam, who died at Wormwood Scrubs Prison on 23 February 2018. After a 5-day inquest the jury found there were multiple serious failings in the way he was cared for as his mental and physical health deteriorated. The Coroner has said that she will make a “preventing future deaths” report in respect of three areas of concern relating to the Home Office.

On 10 December 2021 the inquest into the death of Keethswaren Kunarathnam (known as ‘Kumar’), an immigration detainee, concluded at West London Coroner’s Court. The jury found that Kumar died by suicide on 23 February 2018. They found there were failings from all organisations involved in his care. Health care did not carry out the required checks whilst he was on hunger strike and lost 10 % of his body weight. Prison officers did not fulfil their responsibilities as required by the Assessment, Care in Custody and Teamwork (‘ACCT’) process. Immigration officers did not attend to Kumar’s requests, particularly in the weeks leading up to his death. Alternatives to detention were not followed up in full. There was “evidence of poor record-keeping, communication, and untimely responses”. His mental health was not appropriately reviewed. There were, ultimately, “shortcomings from all organisations”.

On 6 November 2017 Kumar made a serious cut to his neck requiring urgent hospital treatment and which was described as a “near death” in custody. On 16 November 2017 a senior prison officer wrote to the Home Office stating that “Mr Kunarathnam has clearly stated he will kill himself if deported back to Sri Lanka....he is also likely to attempt another serious act of self harm if he is to remain in jail..” Despite this, the Home Office maintained detention and failed to attend any reviews considering Kumar’s risk of self harm after December 2018. Around 15 January 2018 Kumar started to refuse food but was not referred to mental health until 16 February 2018. His physical condition deteriorated resulting in him losing 10 percent of his body weight by the time of his death. On 21 February 2018 he was deemed by the mental health team at the prison to be a high risk of suicide. On 23 February 2018 Kumar was found hanging from a light in his cell at HMP Wormwood Scrubs.

Despite being eligible, Kumar was never transferred to an Immigration Removal Centre.

During his detention under immigration powers Kumar made a bail application which stated that he feared being tortured and killed if returned to Sri Lanka. A Home Office representative recognised that this could be the basis for an asylum application. However, this asylum claim was never followed up by immigration officers. At the time of his death Kumar feared deportation.

HM Coroner indicated that a Prevention of Future Deaths report would be made to the Home Office following the serious concerns she identified in the course of the inquest.

Sarah Jayanetti, Kumar’s partner said: “I am still very sad about Kumar not being with me. He looked after me. It has been upsetting to hear about all the things that went wrong.”

“This inquest has exposed once again that the current arrangements for holding immigration detainees in prisons is not fit for purpose and is putting wellbeing and lives at risk. It is a disgrace that a human being fearing persecution in their home country can die in a UK prison in such a way. We know Kumar’s death is not the first in these circumstances, and with current Home Office policies we fear it will not be the last.”

Jane Ryan, solicitor for Sarah Jayanetti said: “In my view Kumar was plainly unlawfully detained as he had an outstanding fresh asylum claim. This was never taken into account and rather than being invited to deal with this, he thought he was going to be removed to the very country he had fled due to persecution and torture. His death was avoidable had appropriate measures been taken.”

The family were supported by INQUEST. For further information, interview requests and to note your interest, please contact Lucy McKay on 020 7263 1111 or lucymckay@inquest.org.uk 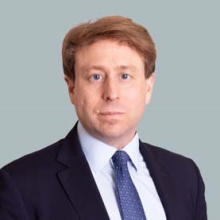