Mr Horsley was alleged to have misappropriated cash handed to him by the firm’s clients, in order to satisfy, what the crown said, was a voracious gambling habit.

The defence instructed a forensic accountant who was able to identify numerous deficiencies and irregularities in the firm’s accounting practices which cast doubt on the Crown’s assertion that Mr Horsley was responsible for theft of the funds.

As a result of numerous disclosure requests, the defence obtained voluminous unused material, much of which was reduced into formal admissions, and further undermined the prosecution case.

Following his acquittal of these matters, Mr Horsley was sentenced to a 2 year suspended sentence in respect of 7 counts of fraud, which he had been convicted of during an earlier trial, and which the prosecution had sought to rely upon during this trial, as bad character evidence. 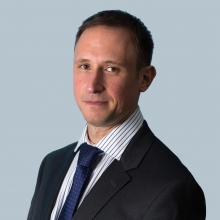