The Judicial Committee of the Privy Council has today handed down an important judgment relating to the constitutional protection afforded to children in custody in Trinidad and Tobago. The judgment stresses the importance of compliance with the United Nations Convention on the Rights of the Child (UNCRC).

In January 2014, the Appellants – brother and sister – were jointly charged with murder. They were aged 16 and 12 respectively. SS was remanded to Arouca (an adult prison) and BS was remanded to a YTC (for male offenders aged between 16 – 18). Shortly after the remand orders took effect, certain changes were made to the framework dealing with the treatment of children in the criminal justice system (collectively known as the "Children Legislation"). The Children Act mandated, among other things, that remanded juveniles be placed in custody in a "community residence". At the time the Children Act came into force, however, the Government had failed to establish and licence any community residences suitable for custodial purposes pursuant to the statutory definition. As a result, both BS and SS were detained in adult prisons and in conditions which were substantially different from the conditions to which they were entitled, as children, pursuant to the Children Legislation.

The Appellants appeared before the Chief Magistrate on several occasions and were remanded to the same institutions, the Magistrate having been disabled, by reason of the Government’s failure to create the relevant infrastructure, from remanding BS and SS to a community residence for children.

The Appellants challenged the basis of their detention as unlawful and unconstitutional. The High Court held in their favour on all grounds and made an award of damages. The Court of Appeal overturned the High Court’s findings. In allowing the appeal, the Privy Council found that BS and SS’s detention violated the right to protection of the law guaranteed by section 4(b) of the Constitution of Trinidad and Tobago. The Board also found that the actions of the Government were “antithetical to the separation of powers” and inconsistent with the UNCRC.

There are a number of important passages which relate to the rights of children to be detained in appropriate conditions:

“…the right to be detained in a designated place with a particular environment, culture, conditions and facilities is an aspect of the fundamental right to liberty which the Constitution of Trinidad and Tobago protects” [para 70]

“The conduct of the executive was incompatible with a series of international law provisions and standards. In particular, it had the effect of stultifying the operation of article 37(c) of UNCRC which had progressed from being an unincorporated provision of international law to a provision of duly enacted domestic primary legislation in the legal system of Trinidad and Tobago. In addition, the state of affairs brought about by the executive’s unlawful acts and omissions was in conflict with the Beijing Rules” [para 69]

In Commissioner of Prisons and another (Respondents) v Seepersad and another (Appellants) (Trinidad and Tobago) [2021] UKPC 13, Kate O’Raghallaigh was instructed by Alvin Shiva Pariagsingh. 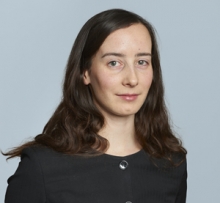