On Monday 1 March 2021, Australian citizen and human rights defender, Zara Kay, was finally authorised to depart Tanzania and is now on her way home to Australia. She is due to arrive home on Thursday 4 March 2021.

Zara had been arbitrarily detained for 32 hours and interrogated by the Tanzanian police in relation to unfounded allegations. She had her personal belongings confiscated, including her Australian passport, which was later “lost”, and was threatened with arrest and prison. After her release, she was subjected to further questioning and continued to be threatened with criminal charges. Zara was forced to remain in the country pending the outcome of a police investigation, during which time she was subjected to credible death threats by members in her local community and on social media.

A number of days prior to her departure from Tanzania, on Friday 26 February 2021, Zara was due to fly to Australia.  However, the authorities prevented her from boarding a pre-arranged flight, and detained her at the airport, despite the fact she had obtained and completed all necessary documentation required to depart Tanzania. Immigration officers threatened to confiscate her Australian passport and refused to speak to the representatives of the Australian High Commission or her international legal counsel. This unjustifiable conduct caused Zara and her family considerable stress and anxiety and further delayed Zara’s departure from Tanzania, exposing her to more credible threats.

Eventually, through extensive efforts by Zara and her family, her international counsel and DFAT, Zara left Tanzania on 1 March 2021.

“This has not only been a terrifying time for me, but also my family. I have been put through hell since December 2020. I was arrested, detained and threatened with criminal proceedings for social media posts, for my activism and my human rights work. I was trapped in Tanzania because the police seized, then “lost”, my Australian passport. I received regular threats, including rape and death threats. The Tanzanian police and immigration officers tried to stop me leaving the country. I strongly believe all of this was a consequence of my being vocal about my apostasy and what some members of the community, including my former religious community the Khoja Shia Ithnasheri Jamaat, consider to be blasphemous content posted on my social media platforms.

Unfortunately, even in countries that claim to be secular, Ex-Muslims remain at risk. I never thought that Tanzania, a country that I was born in and proudly called home, would strip me of my dignity. No one should be treated in this way simply for exercising their right to freedom of expression, and for working as a human rights defender."

“We are delighted that Zara has finally been able to leave Tanzania after what can only be described as a traumatic three months for her and her family. We are grateful to DFAT and the Australian High Commission in Nairobi for their urgent assistance under difficult circumstances. No charges have ever been laid against Zara - yet she and her family have been the subject of threats and intimidation of the most serious kind because of her religious choices, exercising her right to freedom of expression, and her human rights work. Once Zara has settled in Australia, we will be taking all appropriate steps to hold Tanzania accountable for the disgraceful treatment Zara has suffered at the hands of the Tanzanian authorities.”

In addition to representation from the international counsel team, Zara has also been assisted by barrister Joe Middleton. 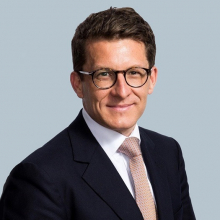 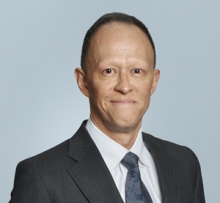