Mrs Davies, represented by Beth Grossman acting as sole counsel, has succeeded in her claim in libel and harassment following a three-day trial in front of Saini J and has been awarded damages and a permanent injunction following a three-year campaign of online harassment by the Defendant, with defamatory publications also made to her employers and the world at large via social media.

The court heard evidence from four witnesses, in addition to the Claimant and the Defendant.

In the libel claim, Saini J made findings of serious harm to her reputation, based on the seriousness of the allegations and factual evidence as to how the allegations were received. The Defendant's defence of truth failed.

In the harassment claim, Saini J accepted that the publications were oppressive and unacceptable, amounting to unwarranted demands for money and repeated attempts to evade Twitter blocks and reports and had caused the Claimant to be harassed and experience alarm and distress. The Defendant's denial of responsibility for the full extent of publication was rejected: in a number of cases, Saini J found that the relevant publications were made by him directly; in others, he was liable for having counselled or procured the involvement of third parties. The Defendant's defence of reasonable conduct failed. 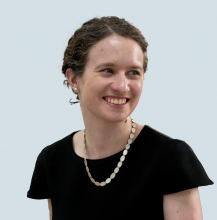