In an important ruling, the High Court has today overturned the London Borough of Southwark’s decision that because the Claimant’s “deliberate acts” caused his family to live in statutorily overcrowded accommodation his family were not entitled to high priority for social housing.

The Judge cited the Claimant’s evidence “which confirms the practice by landlords operating a bar on letting to applicants who are on benefits, and the unaffordability of most rental properties for lower income applicants.”

The Claimant, his wife and their three children are Spanish nationals originally from Ecuador. In 2016 they moved to the UK having lost their jobs in Spain after the financial crisis and then been unable to secure long term work in Ecuador. The Claimant and his wife found work as office cleaners in central London. Their low wages meant they were unable to secure affordable accommodation. Eventually, with the help of a friendly local pastor, they found a studio flat in the London Borough of Southwark.  The parents and their two youngest children have lived in this one room since November 2016.

In 2018, with the assistance of Housing Action Southwark and Lambeth (“HASL”), the family applied to be on the Council’s Housing Allocation Scheme, having not previously been aware that they could access help with their housing situation. The Scheme is the means by which the Council allocates social housing to local residents according to their level of priority. Priorities are set by reference to the extent of any local connection to the area, including whether the applicants worked in Southwark and/or made a “contribution” to the local community, and the household’s overall housing need. The Council’s scheme gave Band 1 priority to families who are “statutorily overcrowded accommodation and have not caused this statutory overcrowding by a deliberate act.”

The Claimant’s family met the local connection and community contribution criteria, although initially the Council refused to accept this. However, In July 2021, three years after the family first applied for help, the Council decided that by taking the tenancy of the studio flat the family’s overcrowding was a result of a “deliberate act”.  The Council claimed that because the family voluntarily moved into the studio this was sufficient to meet the “deliberate” test, in accordance with the decision of the Court of Appeal in R (Flores) v. London Borough of Southwark [2020] EWCA Civ 1697. Furthermore, the Council argued that the Claimant should not have come to the UK without having secured large enough accommodation first and could in any event have secured more suitable accommodation in the period after he moved his family into the studio. The Claimant issued a judicial review against the decision.

Mrs Justice Lang DBE accepted the Claimant’s case that (a) the correct interpretation of “deliberate act” in section 6.2 of the Scheme is that an act is only deliberate if the applicant intended to do it, in the sense that they had a real choice between two or more viable options and voluntarily elected to do the act. A choice between homelessness and overcrowded accommodation as not a real choice and therefore the Council’s interpretation was wrong, Flores distinguished [89-90], (b) in deciding that the act of bringing his family to the UK was the cause of the Claimant’s statutory overcrowding, the Council had failed to give effect to the Claimant’s right to family life [99] (c) it was irrational to conclude that the Claimant had any choice when he moved into the studio  - he obtained all that he could afford at the time and (d) the finding that the Claimant could have secured more affordable accommodation since he moved into the studio was both irrational and ultra vires, it being “difficult to see how a failure to look for accommodation could be a “deliberate act” within the meaning of section 6.2 of the Scheme, as it an omission not a deliberate act” [106-116].

The case affords a welcome recognition to the fact that for many people working in London basic, decent housing remains unaffordable.

The Claimant was represented by Helen Mowatt and Sam Tippet at Public Interest Law Centre. 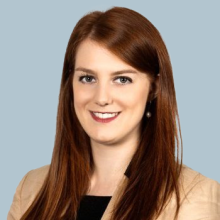